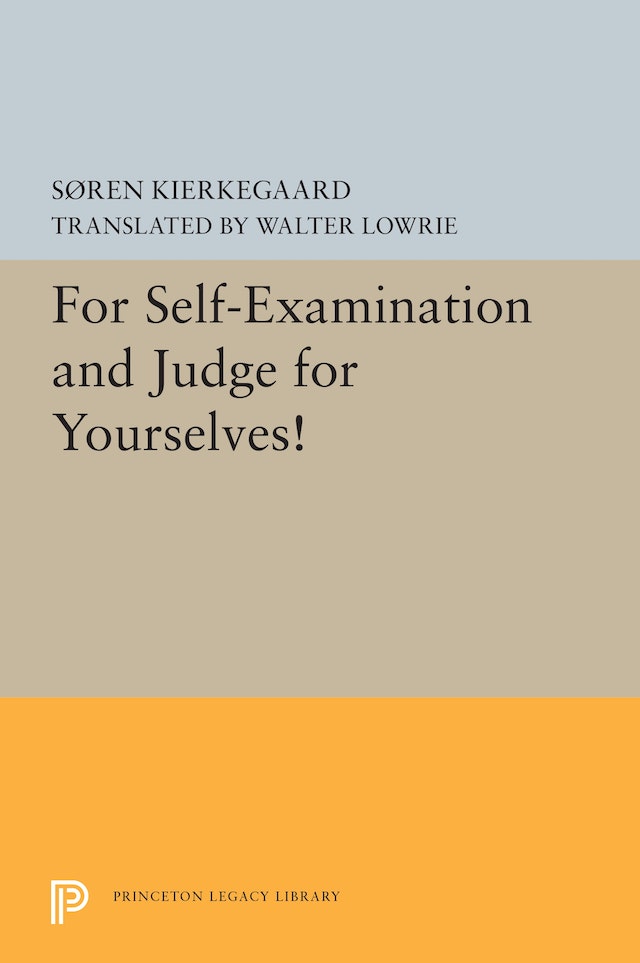 For Self-Examination and its companion piece Judge for Yourself! are the culmination of Soren Kierkegaard’s “second authorship,” which followed his Concluding Unscientific Postscript. Among the simplest and most readily comprehended of Kierkegaard’s books, the two works are part of the signed direct communications, as distinguished from his earlier pseudonymous writings. The lucidity and pithiness and earnestness and power, of For Self-Examination and Judge for Yourself! are enhanced when, as Kierkegaard requested, they are read aloud. They contain the well-known passsages on Socrates’ defense speech, how to read, the lover’s letter, the royal coachman and the carriage team, and the painter’s relation to his painting.
The aim of awakening and inward deepening is signaled by the opening section on Socrates in For Self-Examination and is pursued in the context of the relations of Christian ideality, grace, and response. The secondary aim, a critique of the established order, links the works to the final polemical writings that appear later after a four-year period of silence.