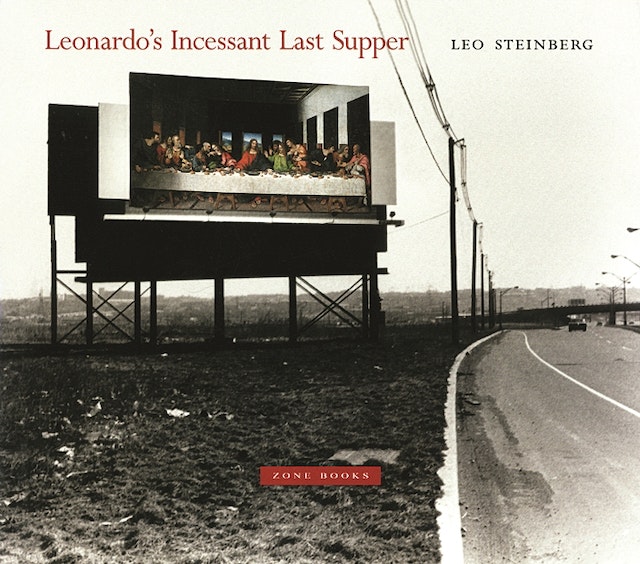 A picture universally recognized, endlessly scrutinized and described, incessantly copied, adapted, lampooned: does Leonardo’s near-ruined Last Supper still offer anything new to be seen or to be said? This book is a resounding Yes to both questions. With direct perception — and with attention paid to the work of earlier scholars and to the criticism embodied in the production of copyists over the past five hundred years — Steinberg demonstrates that Leonardo’s mural has been consistently oversimplified.

This most thought-out picture in Western art, painted in the 1490s on the north wall of the refectory of Santa Maria delle Grazie, Milan, is a marvel of compressed meanings. Its subject is not one arrested moment, but successiveness and duration. It is not only Christ’s announcement of the forthcoming betrayal, but in equal measure the institution of the Eucharist. More than the spur of the moment animates the disciples, and more than perspective determines their housing.

Though Leonardo’s geometry obeys all the rules, it responds as well to Christ’s action at center, as if in emanation from the prime mover. The picture is simultaneously narrative and sacramental. As its protagonist is two-natured — as the twofold event of this night is both human submission and divine dispensation — so the entire picture is shown to have been conceived as double: a sublime pun.

Meanwhile, the unending disagreement as to what exactly is represented, what the depicted actions express, how and where this assembly is seated — all these still raging disputes are traced to a single mistaken assumption: that Leonardo intended throughout to be “unambiguous and clear,” and that any one meaning necessarily rules out every other.

As Steinberg reveals an abundance of significant interrelations previously overlooked, Leonardo’s masterpiece retains the freshness of its initial conception and the power to fascinate.