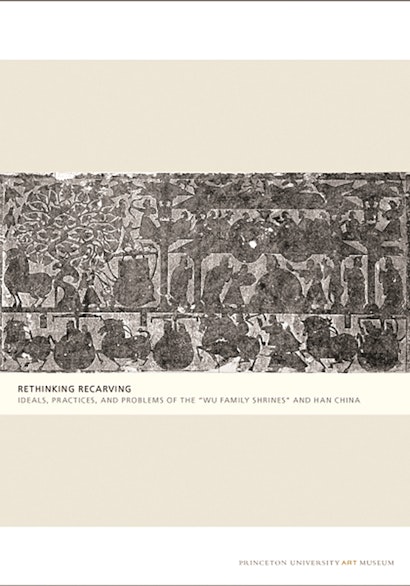 The “Wu Family Shrines” pictorial carvings from Han dynasty China (206 BCE–220 CE) are among the earliest works of Chinese art examined in an international arena. Since the eleventh century, the carvings have been identified by scholars as one of the most valuable and authentic materials for the study of antiquity. This important book presents essays by archaeologists, art and architectural historians, curators, and historians that reexamine the carvings, adding to our understanding of the long cultural history behind them and to our knowledge of Han practices.

The authors offer a thorough analysis of surviving physical and visual sources, invoking fresh perspectives from new disciplines. Essays address the ideals, practices, and problems of the “Wu Family Shrines” and Han China; Han funerary art and architecture in Shandong and other regions; architectural functions and carved meanings; Qing Dynasty Reception of the Wu Family Shrines; and more.