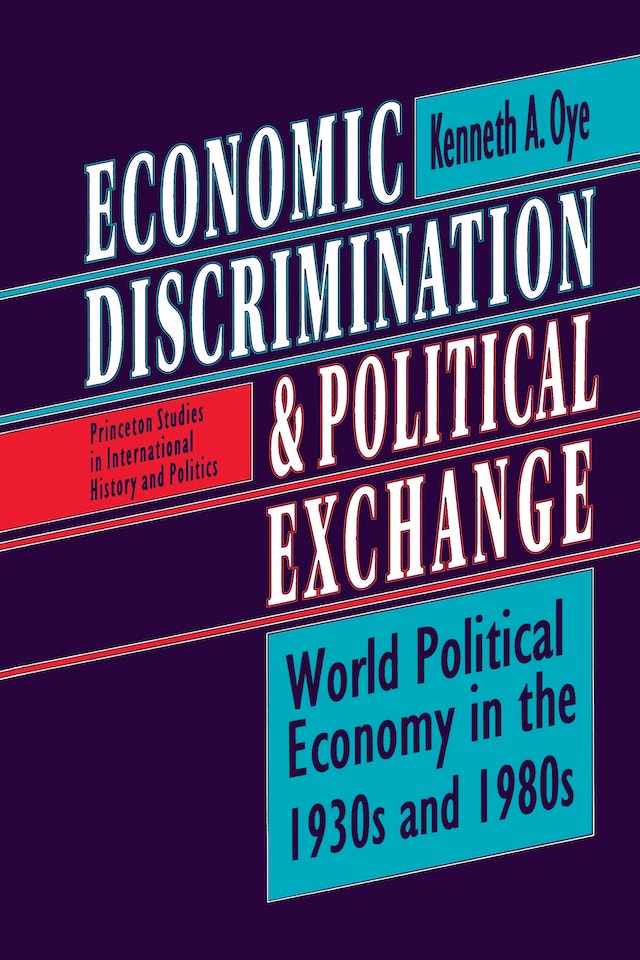 Did bilateral and regional bargaining choke off international commerce and finance in the 1930s and prolong the Great Depression? Is the open world economic system now being placed at risk by explicitly discriminatory practices that erode respect for the GATT, the IMF, and the IBRD? Most political economists would answer in the affirmative, warning that bilateral and regional preferences are at best inefficient and at worst catastrophic. By contrast, Kenneth Oye shows how economic discrimination can foster international economic openness by facilitating political exchange.

Kenneth A. Oye is Associate Professor of Political Science and Director of the Center for International Studies at the Massachusetts Institute of Technology. He is the editor of Cooperation under Anarchy (Princeton) and coeditor of Eagle in a New World: American Grand Strategy in the Post-Cold War Era (HarperCollins).

"Oye's new book offers a concise analysis of the structure of international commercial relations, including its financial and macroeconomic underpinnings, in the 1930s and 1980s."—The, Annals of the American Academy of Political & Social Science

"Economic Discrimination and Political Exchange is in my judgment an important piece of work that makes major interpretive and theoretical contributions. Oye succeeds in the rarely achieved task of putting old facts in a new light. At the theoretical level, he goes beyond the increasingly fruitless confrontation of hegemonic, regime-oriented, and pluralistic bargaining theories to make some interesting arguments about the conditions under which each of these patterns of action leads to cooperation."—Robert O. Keohane, Harvard University