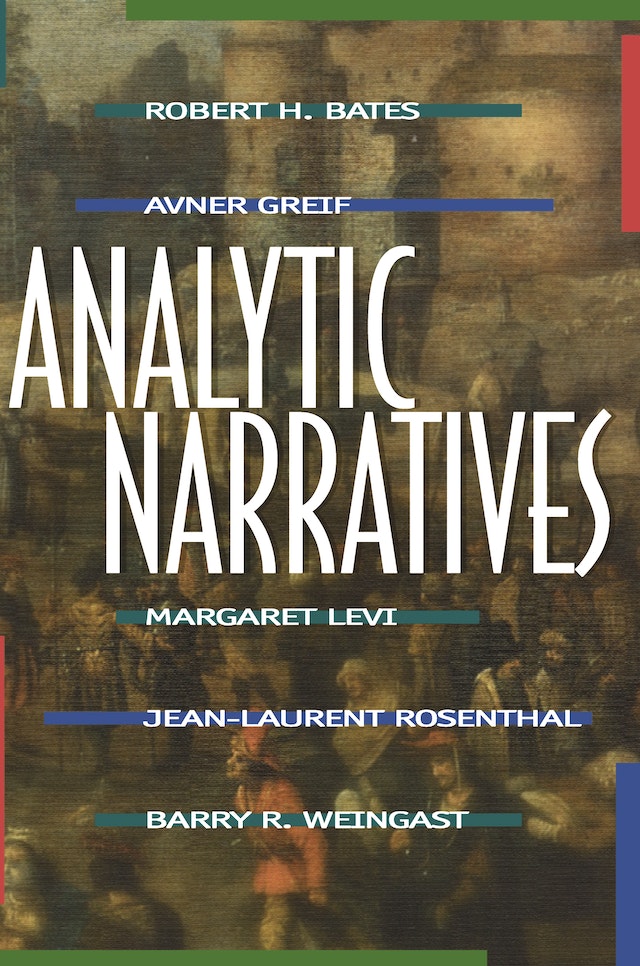 Students of comparative politics have long faced a vexing dilemma: how can social scientists draw broad, applicable principles of political order from specific historical examples? In Analytic Narratives, five senior scholars offer a new and ambitious methodological response to this important question. By employing rational-choice and game theory, the authors propose a way of extracting empirically testable, general hypotheses from particular cases. The result is both a methodological manifesto and an applied handbook that political scientists, economic historians, sociologists, and students of political economy will find essential.

In their jointly written introduction, the authors frame their approach to the origins and evolution of political institutions. The individual essays that follow demonstrate the concept of the analytic narrative — a rational-choice approach to explain political outcomes — in case studies. Avner Greif traces the institutional foundations of commercial expansion in twelfth-century Genoa. Jean-Laurent Rosenthal analyzes how divergent fiscal policies affected absolutist European governments, while Margaret Levi examines the transformation of nineteenth-century conscription laws in France, the United States, and Prussia. Robert Bates explores the emergence of a regulatory organization in the international coffee market. Finally, Barry Weingast studies the institutional foundations of democracy in the antebellum United States and its breakdown in the Civil War. In the process, these studies highlight the economic role of political organizations, the rise and deterioration of political communities, and the role of coercion, especially warfare, in political life. The results are both empirically relevant and theoretically sophisticated.

Analytic Narratives is an innovative and provocative work that bridges the gap between the game-theoretic and empirically driven approaches in political economy. Political historians will find the use of rational-choice models novel; theorists will discover arguments more robust and nuanced than those derived from abstract models. The book improves on earlier studies by advocating — and applying — a cross-disciplinary approach to explain strategic decision making in history.

"Analytic Narratives showcases cutting-edge work in the comparative and historical application of rational-choice theory."—Mark Lichbach, University of Colorado at Boulder