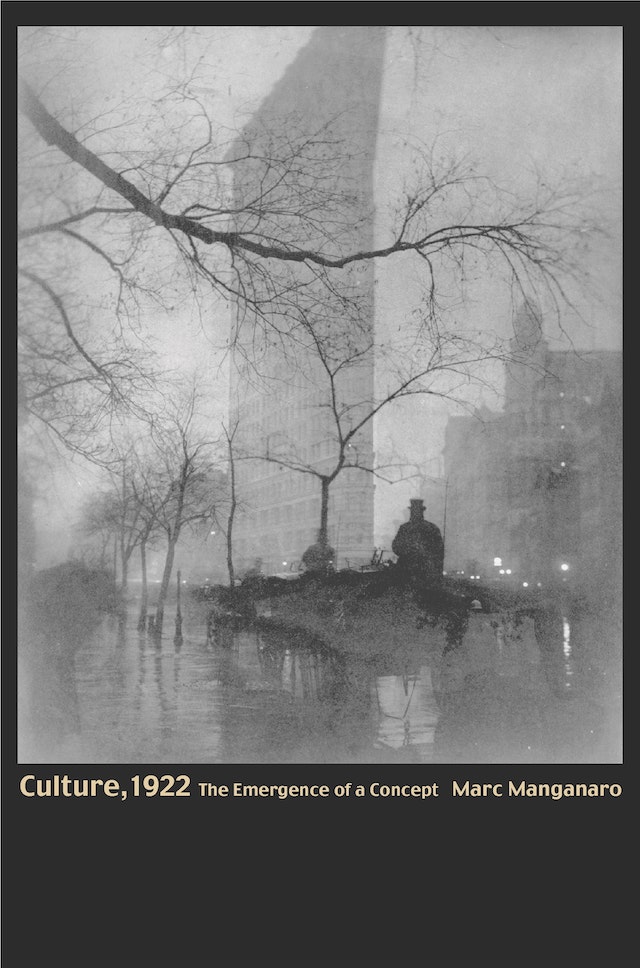 Culture, 1922 traces the intellectual and institutional deployment of the culture concept in England and America in the first half of the twentieth century. With primary attention to how models of culture are created, elaborated upon, transformed, resisted, and ignored, Marc Manganaro works across disciplinary lines to embrace literary, literary critical, and anthropological writing. Tracing two traditions of thinking about culture, as elite products and pursuits and as common and shared systems of values, Manganaro argues that these modernist formulations are not mutually exclusive and have indeed intermingled in complex and interesting ways throughout the development of literary studies and anthropology.

Beginning with the important Victorian architects of culture — Matthew Arnold and Edward Tylor — the book follows a number of main figures, schools, and movements up to 1950 such as anthropologist Franz Boas, his disciples Edward Sapir, Ruth Benedict, and Zora Neale Hurston, literary modernists T. S. Eliot and James Joyce, functional anthropologist Bronislaw Malinowski, modernist literary critic I. A. Richards, the New Critics, and Kenneth Burke. The main focus here, however, is upon three works published in 1922, the watershed year of Modernism — Eliot’s The Waste Land, Malinowski’s Argonauts of the Western Pacific, and Joyce’s Ulysses. Manganaro reads these masterworks and the history of their reception as efforts toward defining culture. This is a wide-ranging and ambitious study about an ambiguous and complex concept as it moves within and between disciplines.

Marc Manganaro is Associate Professor of English at Rutgers University-New Brunswick. He is the author of Myth, Rhetoric, and the Voice of Authority and editor of Modernist Anthropology: From Fieldwork to Text (Princeton).