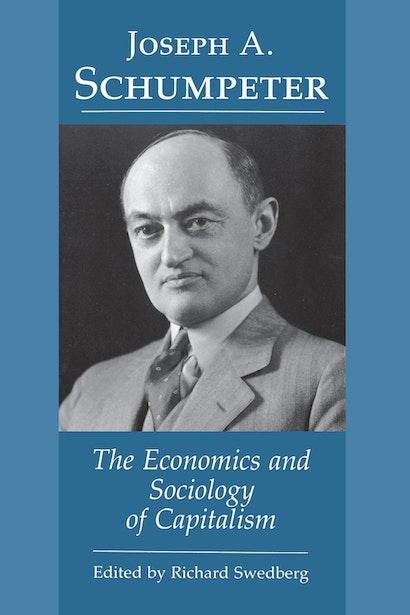 The renowned economist Joseph A. Schumpeter (1883-1950) made seminal contributions not only to economic theory but also to sociology and economic history. His work is now attracting wide attention among sociologists, as well as experiencing a remarkable revival among economists. This anthology, which serves as an excellent introduction to Schumpeter, emphasizes his broad socio-economic vision and his attempt to analyze economic reality from several different perspectives. An ambitious introductory essay by Richard Swedberg uses many new sources to enhance our understanding of Schumpeter’s life and work and to help analyze his fascinating character. This essay stresses Schumpeter’s ability to draw on several social sciences in his study of capitalism.


Some of the articles in the anthology are published for the first time. The most important of these are Schumpeter’s Lowell Lectures from 1941, “An Economic Interpretation of Our Time.” Also included is the transcript of his lecture “Can Capitalism Survive?” (1936) and the high-spirited debate that followed. The anthology contains many of Schumpeter’s classical sociological articles, such as his essays on the tax state, imperialism, and social classes. And, finally, there are lesser known articles on the future of private enterprise, on the concept of rationality in the social sciences, and on the work of Max Weber, with whom Schumpeter collaborated on several occasions.