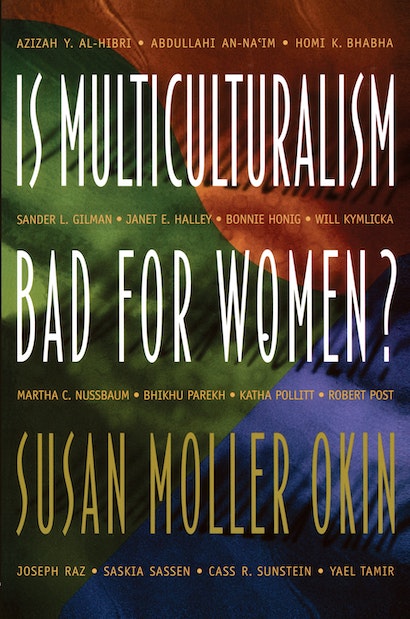 Polygamy, forced marriage, female genital mutilation, punishing women for being raped, differential access for men and women to health care and education, unequal rights of ownership, assembly, and political participation, unequal vulnerability to violence. These practices and conditions are standard in some parts of the world. Do demands for multiculturalism — and certain minority group rights in particular — make them more likely to continue and to spread to liberal democracies? Are there fundamental conflicts between our commitment to gender equity and our increasing desire to respect the customs of minority cultures or religions? In this book, the eminent feminist Susan Moller Okin and fifteen of the world’s leading thinkers about feminism and multiculturalism explore these unsettling questions in a provocative, passionate, and illuminating debate.


Okin opens by arguing that some group rights can, in fact, endanger women. She points, for example, to the French government’s giving thousands of male immigrants special permission to bring multiple wives into the country, despite French laws against polygamy and the wives’ own bitter opposition to the practice. Okin argues that if we agree that women should not be disadvantaged because of their sex, we should not accept group rights that permit oppressive practices on the grounds that they are fundamental to minority cultures whose existence may otherwise be threatened.


In reply, some respondents reject Okin’s position outright, contending that her views are rooted in a moral universalism that is blind to cultural difference. Others quarrel with Okin’s focus on gender, or argue that we should be careful about which group rights we permit, but not reject the category of group rights altogether. Okin concludes with a rebuttal, clarifying, adjusting, and extending her original position. These incisive and accessible essays — expanded from their original publication in Boston Review and including four new contributions — are indispensable reading for anyone interested in one of the most contentious social and political issues today.

Susan Moller Okin is Marta Sutton Weeks Professor of Ethics in Society and Professor of Political Science at Stanford University. She is the author of Women in Western Political Thought (Princeton) and Justice, Gender, and the Family (Basic Books). Joshua Cohen is Arthur and Ruth Sloan Professor of Political Science at the Massachusetts Institute of Technology, and is Editor in Chief of Boston Review. Matthew Howard is an editor and writer living in New York, and a contributing editor to Boston Review. Martha C. Nussbaum is Ernst Freund Distinguished Professor of Law and Ethics at the University of Chicago.

"This collection offers succinct, compelling and intelligent arguments on both sides, notably from a diverse group of respondents' to Okin's views."—Publisher's Weekly

"This book brings together impressively varied voices who help to set the terms for discussing the relationship of feminism and multiculturalism. They show in no uncertain terms that feminists have something important to say to multiculturalists, and vice versa."—Amy Gutmann, Princeton University

"This is a magnificent contribution to the field. It manages the tour de force of combining a striking contribution to political philosophy with an extremely readable text that will engage the general intellectual reader. All the entries are well written, short and to the point, and arranged in a fair, balanced way that never lets the attention sag."—Jane Mansbridge, John F. Kennedy School of Government, Harvard University