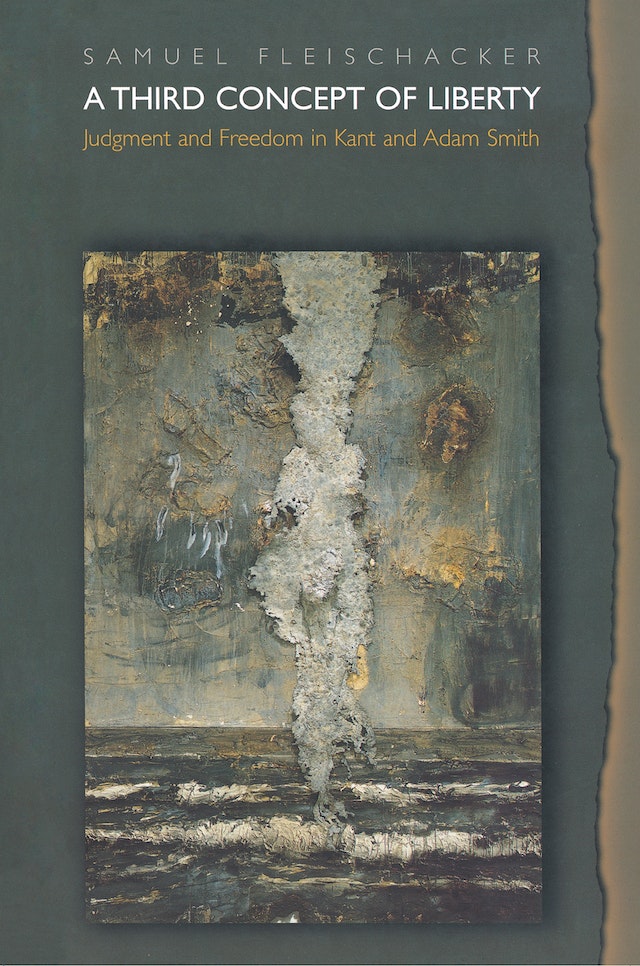 Taking the title of his book from Isaiah Berlin’s famous essay distinguishing a negative concept of liberty connoting lack of interference by others from a positive concept involving participation in the political realm, Samuel Fleischacker explores a third definition of liberty that lies between the first two. In Fleischacker’s view, Kant and Adam Smith think of liberty as a matter of acting on our capacity for judgment, thereby differing both from those who tie it to the satisfaction of our desires and those who translate it as action in accordance with reason or “will.” Integrating the thought of Kant and Smith, and developing his own stand through readings of the Critique of Judgment and The Wealth of Nations, Fleischacker shows how different acting on one’s best judgment is from acting on one’s desires — how, in particular, good judgment, as opposed to mere desire, can flourish only in favorable social and political conditions. At the same time, exercising judgment is something every individual must do for him- or herself, hence not something that philosophers and politicians who reason better than the rest of us can do in our stead.


For this reason advocates of a liberty based on judgment are likely to be more concerned than are libertarians to make sure that government provides people with conditions for the use of their liberty — for example, excellent standards of education, health care, and unemployment insurance — while at the same time promoting a less paternalistic view of government than most of the movements associated for the past thirty years with the political left.

Samuel Fleischacker is Associate Professor of Philosophy at the University of Illinois, Chicago and the author of Integrity and Moral Relativism and The Ethics of Culture.

"Samuel Fleischacker's aim is to defend a liberal political philosophy by linking up both Aristotle and Kant with themes in Adam Smith. His commentaries on these sources are extremely sophisticated and illuminating contributions to the existing literatures. What Fleischacker has to offer, however, is not merely commentary, but also insights of his own that are rigorous, thoughtful, elegantly articulated, and well-grounded in the best of contemporary philosophy."—Ronald Beiner, University of Toronto

"An impressive and interesting work. Its main strengths are the subtle and original interpretations of the theory and practice of judgment in the work of Kant and Adam Smith—not to mention the surprising, but very interesting and plausible way in which the author integrates their ideas."—Bernard Yack, University of Wisconsin-Madison