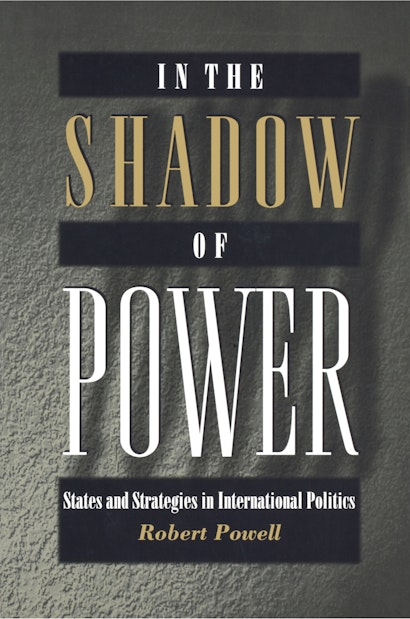 Robert Powell argues persuasively and elegantly for the usefulness of formal models in studying international conflict and for the necessity of greater dialogue between modeling and empirical analysis. Powell makes it clear that many widely made arguments about the way states act under threat do not hold when subjected to the rigors of modeling. In doing so, he provides a more secure foundation for the future of international relations theory.


Powell argues that, in the Hobbesian environment in which states exist, a state can respond to a threat in at least three ways: (1) it can reallocate resources already under its control; (2) it can try to defuse the threat through bargaining and compromise; (3) it can try to draw on the resources of other states by allying with them. Powell carefully outlines these three responses and uses a series of game theoretic models to examine each of them, showing that the models make the analysis of these responses more precise than would otherwise be possible.


The advantages of the modeling-oriented approach, Powell contends, have been evident in the number of new insights they have made possible in international relations theory. Some argue that these advances could have originated in ordinary-language models, but as Powell notes, they did not in practice do so. The book focuses on the insights and intuitions that emerge during modeling, rather than on technical analysis, making it accessible to readers with only a general background in international relations theory.

Robert Powell is Robson Professor of Political Science at the University of California, Berkeley. He has written widely on the application of game theory to issues in strategic studies and international relations theory. He is the author of Nuclear Deterrence Theory: The Search for Credibility and coeditor of Strategic Choice and International Relations.

"Robert Powell enjoys a deserved reputation as the premier formal modeler in the field of international security studies. This book can only enhance that reputation. . . . The book is extremely valuable for the coherence it imposes on previously unintegrated processes."—Glenn Snyder, Political Science Quarterly

"A welcome attempt to make the modeling enterprise accessible and understandable to nonpractitioners. Along the way it makes a concise and coherent case for why modeling can increase our understanding of international relations."—Colin Elman, Journal of Cold War Studies

"This book will be the classic exposition and defense of a modeling approach to the study of international conflict. In the Shadow of Power not only brings greater precision and insight to the field; it is also characterized by a praiseworthy sense of proportion and a commitment to dialog between modelers and non-modelers in the study of international relations."—Robert O. Keohane, Duke University

"This is a magnificent book. It draws together fundamental strands of reasoning in international relations, challenges core theories in an absolutely persuasive and elegant way, and communicates with such clarity that non-game theorists will have no difficulty following the line of reasoning."—Bruce Bueno de Mesquita, Senior Fellow, Hoover Institution