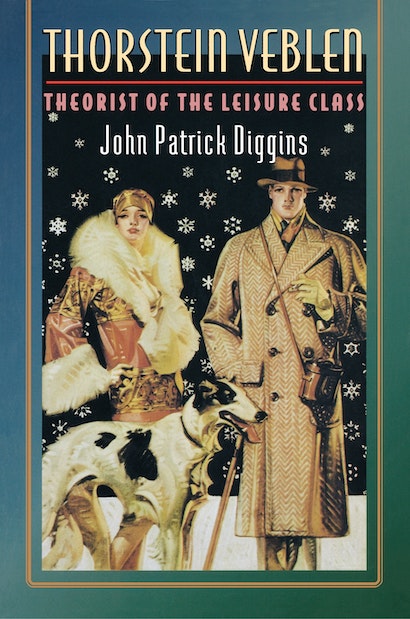 Fired by Stanford and the University of Chicago but recommended by his peers to the presidency of the American Economic Association, Thorstein Veblen remains a baffling figure in American intellectual history. In part because he was an eccentric who shunned publicity, he has also been one of our most neglected. Veblen is known to the general public only as coiner of the term “conspicuous consumption,” and to scholars primarily as one of many social critics of the reform-minded Progressive Era. This important critical biography — originally published as The Bard of Savagery and now appearing in paperback for the first time — attempts both to unravel the riddles that surround his reputation and to assess his varied and important contributions to modern social theory.

John Patrick Diggins is Distinguished Professor of History at the Graduate Center of the City University of New York. His previous books include Mussolini and Fascism: The View from America, The American Left in the Twentieth Century, Up from Communism: Conservative Odysseys in American Intellectual History, and The Liberal Persuasion: Arthur Schlesinger, Jr., and the Challenge of the American Past (Princeton).

"For an understanding of Veblen pivotal importance attaches to Diggins's ... observation that `Veblen was perhaps the only American social scientist of the nineteenth century who was intellectually prepared to challenge the economic theories of Karl Marx on their own terms.'"—John Walton, Social Science Quarterly

"John Diggins ... is exceedingly perceptive in focusing on the role attributed by Veblen to status emulation in the legitimation and reinforcement of power and the hegemony of established institutions and systems."—Warren J. Samuels, Social Science Quarterly

"A most important, incisive, and readable study of Thorstein Veblen."—John Kenneth Galbraith