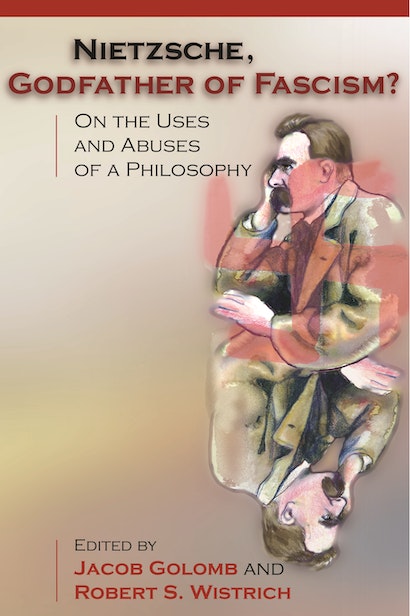 Nietzsche, the Godfather of Fascism? What can Nietzsche have in common with this murderous ideology? Frequently described as the “radical aristocrat” of the spirit, Nietzsche abhorred mass culture and strove to cultivate an Übermensch endowed with exceptional mental qualities. What can such a thinker have in common with the fascistic manipulation of the masses for chauvinistic goals that crushed the autonomy of the individual?


The question that lies at the heart of this collection is how Nietzsche came to acquire the deadly “honor” of being considered the philosopher of the Third Reich and whether such claims had any justification. Does it make any sense to hold him in some way responsible for the horrors of Auschwitz?


The editors present a range of views that attempt to do justice to the ambiguity and richness of Nietzsche’s thought. First-rate contributions by a variety of distinguished philosophers and historians explore in depth Nietzsche’s attitudes toward Jews, Judaism, Christianity, anti-Semitism, and National Socialism. They interrogate Nietzsche’s writings for fascist and anti-Semitic proclivities and consider how they were read by fascists who claimed Nietzsche as their intellectual godfather.


There is much that is disturbingly antiegalitarian and antidemocratic in Nietzsche, and his writings on Jews are open to differing interpretations. Yet his emphasis on individualism and contempt for German nationalism and anti-Semitism put him at stark odds with Nazi ideology.


The Nietzsche that emerges here is a tragic prophet of the spiritual vacuum that produced the twentieth century’s totalitarian movements, the thinker who best diagnosed the pathologies of fin-de-siècle European culture. Nietzsche dared to look into the abyss of modern nihilism. This book tells us what he found.

Jacob Golomb teaches Philosophy at the Hebrew University of Jerusalem, where he is the Philosophical Editor of its Magnes Press and the Director of the Center for Austrian Studies. He is the author of In Search of Authenticity, Nietzsche's Enticing Psychology of Power, and Nietzsche in Zion. Robert S. Wistrich holds the Erich and Foga Neuberger Chair of Modern Jewish History at the Hebrew University of Jerusalem. He is the author of, among many other books, Hitler and the Holocaust and Antisemitism: The Longest Hatred.

"A serious and rewarding look at Nietzsche the thinker."—Adam Kirsch, New York Sun

"A superb set of essays covering all aspects of Nietzschean thought."—Michael Milston, The Jewish Quarterly

"Addressing the question of Nietzsche's relationship to fascism in complex ways, this is an impressive, important, and varied volume. It presents a series of morsels for the reader and is a solid addition to both the literature on Nietzsche and that on fascism."—Sander L. Gilman, University of Illinois, Chicago