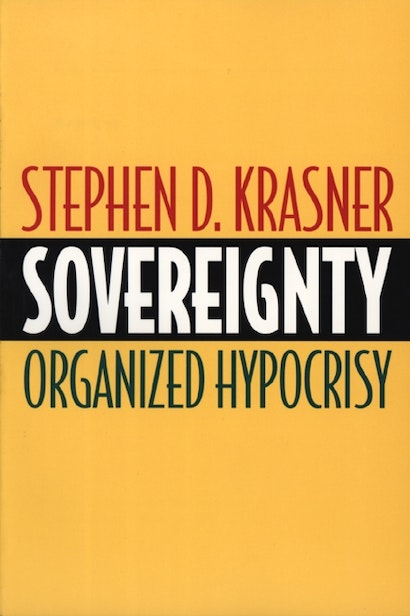 The acceptance of human rights and minority rights, the increasing role of international financial institutions, and globalization have led many observers to question the continued viability of the sovereign state. Here a leading expert challenges this conclusion. Stephen Krasner contends that states have never been as sovereign as some have supposed. Throughout history, rulers have been motivated by a desire to stay in power, not by some abstract adherence to international principles. Organized hypocrisy — the presence of longstanding norms that are frequently violated — has been an enduring attribute of international relations.


Political leaders have usually but not always honored international legal sovereignty, the principle that international recognition should be accorded only to juridically independent sovereign states, while treating Westphalian sovereignty, the principle that states have the right to exclude external authority from their own territory, in a much more provisional way. In some instances violations of the principles of sovereignty have been coercive, as in the imposition of minority rights on newly created states after the First World War or the successor states of Yugoslavia after 1990; at other times cooperative, as in the European Human Rights regime or conditionality agreements with the International Monetary Fund.


The author looks at various issues areas to make his argument: minority rights, human rights, sovereign lending, and state creation in the nineteenth and twentieth centuries. Differences in national power and interests, he concludes, not international norms, continue to be the most powerful explanation for the behavior of states.

Stephen D. Krasner is the Graham H. Stuart Professor of International Relations and a Senior Fellow in the Institute for International Studies at Stanford University. He is the author of Defending the National Interest: Raw Material Investments and U.S. Foreign Policy (Princeton) and Structural Conflict: The Third World Against Global Liberalism, and is the editor of International Regimes.

"Stephen Krasner played a key role in transforming state sovereignty from a neorealist presumption into an object of sustained inquiry. Thus his new book is particularly noteworthy. . . . Keeping different kinds of sovereignty straight is crucial to the study of international relations, whether at the hands of neorealists or constructivists, nonliberal institutionalists, or postmodernists."—Fred H. Lawson, The Annals of the American Academy of Political and Social Science

"Krasner stakes out a rigorous and important position. This book is one that must be read by those who have the slightest interest in the history of international relations."—Virginia Quarterly Review

"Sovereignty is a powerful and important book, destined to become a standard realist position in the current contexts of globalization and security theory."—Choice

"Stephen Krasner weighs in on a growing debate over the continued relevance of sovereignty today. Is it declining or not? Is the state system about to be replaced by something else? Krasner's book will spark much debate and become required reading for all those who wish to think seriously about the nature of sovereignty today."—Hendrik Spruyt, Columbia University

"Sovereignty: Organized Hypocrisy is a book with a provocative theme that is tracked through a variety of interesting cases to a conclusion that may help to clarify contemporary discussions of a central theoretical and practical issue in the discipline. It is likely to become a standard example of mainstream realist efforts to address the current generation of arguments that globalization is producing fundamental change in international relations."—Jack Donnelly, University of Denver