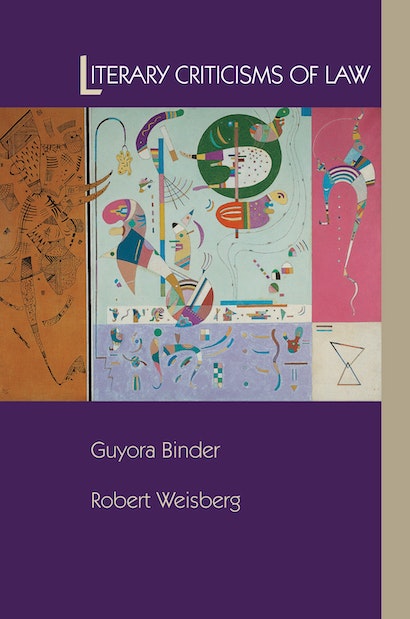 In this book, the first to offer a comprehensive examination of the emerging study of law as literature, Guyora Binder and Robert Weisberg show that law is not only a scheme of social order, but also a process of creating meaning, and a crucial dimension of modern culture. They present lawyers as literary innovators, who creatively interpret legal authority, narrate disputed facts and hypothetical fictions, represent persons before the law, move audiences with artful rhetoric, and invent new legal forms and concepts. Binder and Weisberg explain the literary theories and methods increasingly applied to law, and they introduce and synthesize the work of over a hundred authors in the fields of law, literature, philosophy, and cultural studies.


Drawing on these disparate bodies of scholarship, Binder and Weisberg analyze law as interpretation, narration, rhetoric, language, and culture, placing each of these approaches within the history of literary and legal thought. They sort the styles of analysis most likely to sharpen critical understanding from those that risk self-indulgent sentimentalism or sterile skepticism, and they endorse a broadly synthetic cultural criticism that views law as an arena for composing and contesting identity, status, and character. Such a cultural criticism would evaluate law not simply as a device for realizing rights and interests but also as the framework for a vibrant cultural life.