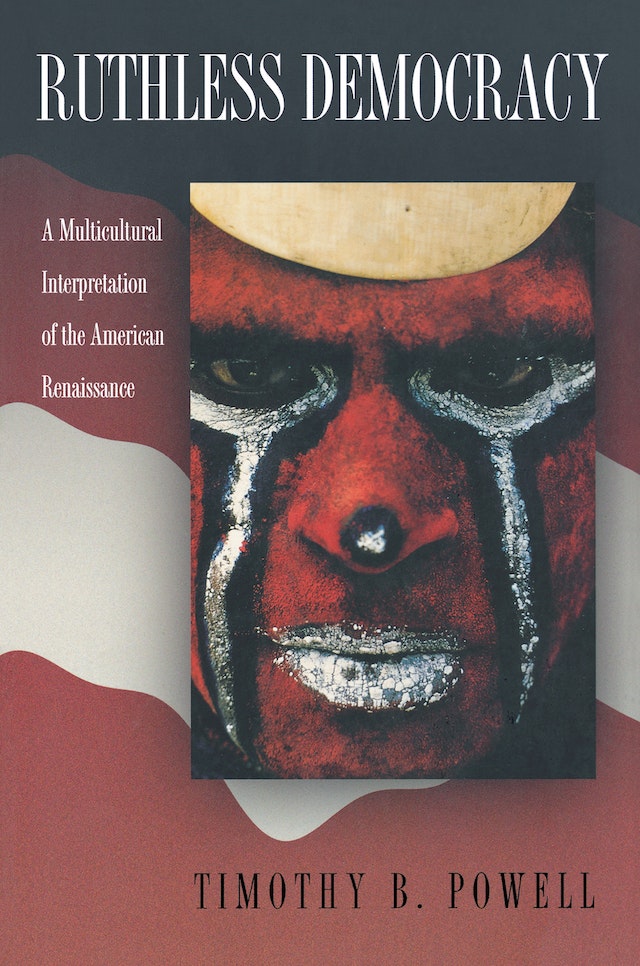 In Ruthless Democracy, Timothy Powell reimagines the canonical origins of “American” identity by juxtaposing authors such as Hawthorne, Melville, and Thoreau with Native American, African American, and women authors. Taking his title from Melville, Powell identifies an unresolvable conflict between America’s multicultural history and its violent will to monoculturalism. Powell challenges existing perceptions of the American Renaissance — the period at the heart of the American canon and its evolutions — by expanding the parameters of American identity.

Drawing on the critical traditions of cultural studies and new historicism, Powell invents a new critical paradigm called “historical multiculturalism.” Moving beyond the polarizing rhetoric of the culture wars, Powell grounds his multicultural conception of American identity in careful historical analysis. Ruthless Democracy extends the cultural and geographical boundaries of the American Renaissance beyond the northeast to Indian Territory, Alta California, and the transnational sphere that Powell calls the American Diaspora. Arguing for the inclusion of new works, Powell envisions the canon of the American Renaissance as a fluid dialogue of disparate cultural voices.

Timothy B. Powell is Assistant Professor of English at the University of Georgia. He is the editor of Beyond the Binary: Reconstructing Cultural Identity in a Multicultural Context.

"Ruthless Democracy's argument demonstrates Powell's mastery of a challenging scholarly archive and his efforts to construct out of it a revisionist account of antebellum literary culture.... Powell's book is positioned to intervene in a debate concerning the future of American literary studies. Should the curricular changes Powell recommends in his multicultural approach to the American Renaissance be adopted ... , his work may become required reading in graduate as well as undergraduate courses."—Donald E. Pease, Dartmouth College

"Ruthless Democracy is a significant contribution to the various and valuable studies of nineteenth-century U.S. literature emerging in the last decade . . . for its rich development of a genuinely, persistently, and deeply multicultural historical context for reading U.S. literary texts."—Dana Nelson, University of Kentucky