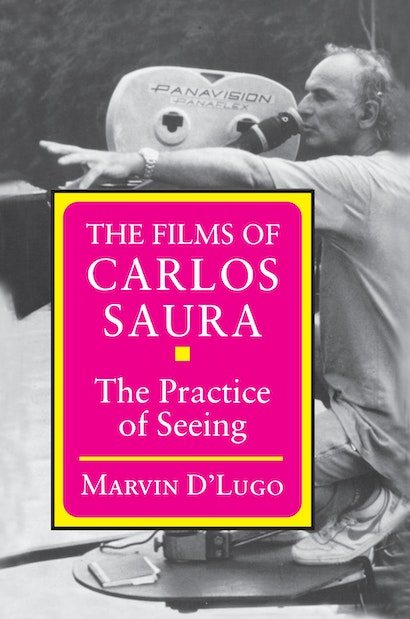 Spanish filmmaker Carlos Saura, who began his career under the censorship of Franco’s regime, has forged an international reputation for his unique cinematic treatment of emotional and spiritual responses to repressive political conditions. In films such as Carmen and El Dorado, where reality and fantasy are deliberately fused together, Saura reveals the illusions of Franco’s mythologized Spain — a chaste, Catholic, and heroic Spain of the Golden Age — that tend to isolate Spaniards from the rest of Europe, from each other, and from their own individuality. In this first English-language book on Saura, Marvin D’Lugo looks at the social and artistic forces behind this film auteur’s highly personal cinema. Tracing Saura’s career over three decades, D’Lugo discusses each work from Hooligans (1959), a realist film about a Madrid street-gang member trying to become a bullfighter, to The Dark Night (1989), a film dealing with the persecution of the religious reformer St. John of the Cross in the late sixteenth century. Throughout he argues that Saura’s cinematic style results from a highly original response to the political and historical constraints of Spanish culture. D’Lugo shows how in order to explore the complex cultural politics of “Spanishness” as it was institutionalized under Franco, Saura frames his narrations through the eyes of characters who question the forces that shape personal and collective identity. Moving beyond the limits of traditional auteur studies, this book addresses the relationship between the filmmaker and the cultural ideology that historically has thwarted and manipulated the expressions of individuality in Spanish society.