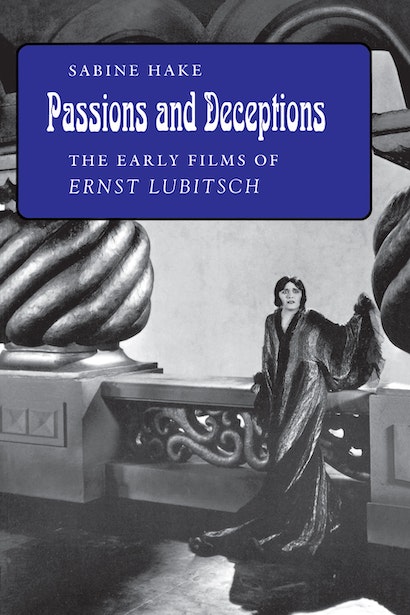 A collaborator with Warner Brothers and Paramount in the early days of sound film, the German film director Ernst Lubitsch (1892-1947) is famous for his sense of ironic detachment and for the eroticism he infused into such comedies as So This Is Paris and Trouble in Paradise. In a general introduction to his silent and early sound films (1914-1932) and in close readings of his comedies, Sabine Hake focuses on the visual strategies Lubitsch used to convey irony and analyzes his contribution to the rise of classical narrative cinema. Exploring Lubitsch’s depiction of femininity and the influence of his early German films on his entire career, she argues that his comedies represent an important outlet for dealing with sexual and cultural differences. The readings cover The Oyster Princess, The Doll, The Mountain Cat, Passion, Deception, So This Is Paris, Monte Carlo, and Trouble in Paradise, which are interpreted as part of an underlying process of negotiation between different modes of representation, narration, and spectatorship — a process that comprises the conditions of production in two different national cinemas and the ongoing changes in film technology. Drawing attention to Lubitsch’s previously neglected German films, this book presents the years until 1922 as the formative period in his career.