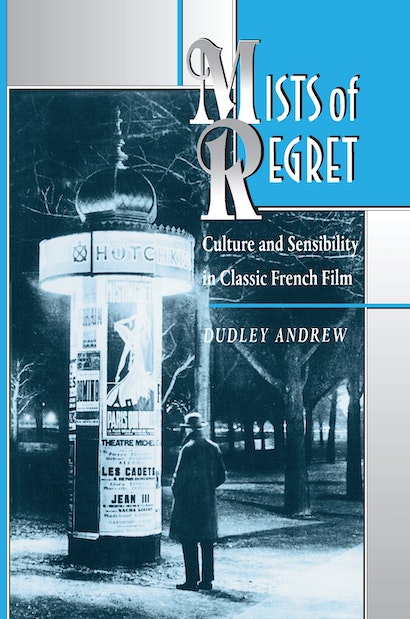 Just before World War II, French cinema reached a high point that has been dubbed the style of “poetic realism.” Working with unforgettable actors like Jean Gabin and Arletty, directors such as Renoir, Carné, Gremillon, Duvivier, and Chenal routinely captured the prizes for best film at every festival and in every country, and their accomplishments led to general agreement that the French were the first to give maturity to the sound cinema. Here the distinguished film scholar Dudley Andrew examines the motivations and consequences of these remarkable films by looking at the cultural web in which they were made.


Beyond giving a rich view of the life and worth of cinema in France, Andrew contributes substantially to our knowledge of how films are dealt with in history. Where earlier studies have treated the masterpieces of this era either in themselves or as part of the vision of their creators, and where certain recent scholars have reacted to this by dissolving the masterpieces back into the system of entertainment that made them possible, Andrew stresses the dialogue of culture and cinema. In his view, the films open questions that take us into the culture, while our understanding of the culture gives energy, direction, and consequence to our reading of the films. The book demonstrates the value of this hermeneutic approach for one set of texts and one period, but it should very much interest film theorists and film historians of all sorts.

Dudley Andrew is Professor of Film Studies at the University of Iowa and the author of numerous works on film theory and the history of film, including Film in the Aura of Art (Princeton).

"A perceptive, subtle account of French 'poetic realist' cinema in the 1930s."—Choice