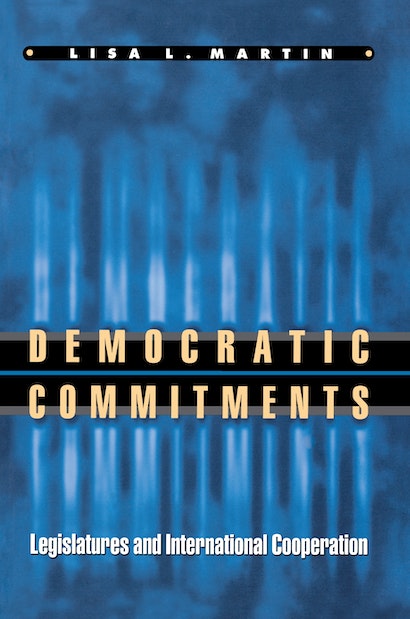 From the refusal of the U.S. Congress to approve fast-track trade authority and certain foreign aid packages to the obstacles placed by Western European parliaments in the path of economic integration, legislatures often interfere with national leaders’ efforts to reach and implement predictable international agreements. This seems to give an advantage to dictators, who can bluff with confidence and make decisions without consultation, and many assume that even democratic governments would do better to minimize political dissent and speak foreign policy from a single mouth. In this thoughtful, empirically grounded challenge to the assumption that messy domestic politics undermine democracies’ ability to conduct international relations, Lisa Martin argues that legislatures — and particularly the apparently problematic openness of their proceedings — actually serve foreign policy well by giving credibility to the international commitments that are made.


Examining the American cases of economic sanctions, the use of executive agreements versus treaties, and food assistance, in addition to the establishment of the European Union, Martin concludes that — if institutionalized — even rancorous domestic conversations between executives and legislatures augment rather than impede states’ international dealings. Such interactions strengthen and legitimize states’ bargaining positions and international commitments, increasing their capacity to realize international cooperation. By expanding our comprehension of how domestic politics affect international dialogue, this work is a major advance in the field of international relations and critical reading for those who study or forge foreign policy.

Lisa L. Martin is Professor of Government at Harvard University. She is the author of Coercive Cooperation: Explaining Multilateral Economic Sanctions (Princeton).

"As a theoretically informed study of post-World War II legislative-executive relations in foreign policy in the United States—and what this might imply for international relations theory more generally—this book is a significant achievement."—Randolph Siverson, University of California-Davis

"The empirical work is conducted with hallmark Martin thoroughness.... This is a book that will be noted in the field."—Duncan Snidal, University of Chicago