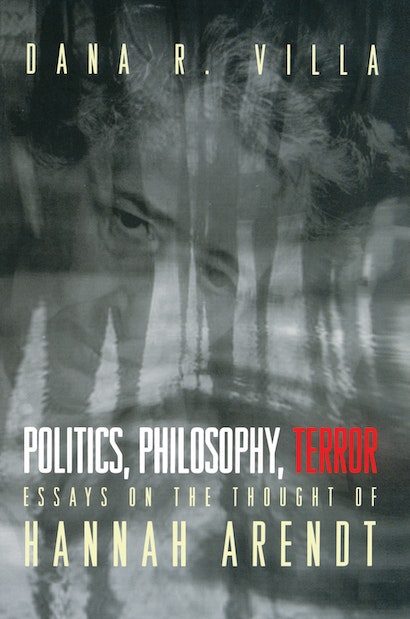 Hannah Arendt’s rich and varied political thought is more influential today than ever before, due in part to the collapse of communism and the need for ideas that move beyond the old ideologies of the Cold War. As Dana Villa shows, however, Arendt’s thought is often poorly understood, both because of its complexity and because her fame has made it easy for critics to write about what she is reputed to have said rather than what she actually wrote. Villa sets out to change that here, explaining clearly, carefully, and forcefully Arendt’s major contributions to our understanding of politics, modernity, and the nature of political evil in our century.


Villa begins by focusing on some of the most controversial aspects of Arendt’s political thought. He shows that Arendt’s famous idea of the banality of evil — inspired by the trial of Adolf Eichmann — does not, as some have maintained, lessen the guilt of war criminals by suggesting that they are mere cogs in a bureaucratic machine. He examines what she meant when she wrote that terror was the essence of totalitarianism, explaining that she believed Nazi and Soviet terror served above all to reinforce the totalitarian idea that humans are expendable units, subordinate to the all-determining laws of Nature or History. Villa clarifies the personal and philosophical relationship between Arendt and Heidegger, showing how her work drew on his thought while providing a firm repudiation of Heidegger’s political idiocy under the Nazis. Less controversially, but as importantly, Villa also engages with Arendt’s ideas about the relationship between political thought and political action. He explores her views about the roles of theatricality, philosophical reflection, and public-spiritedness in political life. And he explores what relationship, if any, Arendt saw between totalitarianism and the “great tradition” of Western political thought. Throughout, Villa shows how Arendt’s ideas illuminate contemporary debates about the nature of modernity and democracy and how they deepen our understanding of philosophers ranging from Socrates and Plato to Habermas and Leo Strauss.


Direct, lucid, and powerfully argued, this is a much-needed analysis of the central ideas of one of the most influential political theorists of the twentieth century.

Dana R. Villa is the author of Arendt and Heidegger: The Fate of the Political (Princeton) and the editor of The Cambridge Companion to Hannah Arendt. He teaches political theory at the University of California, Santa Barbara.

"Villa explores the tensions between [Hannah] Arendt's disdain for those who fail to think and her distrust of the contemplative retreat from the world. . . . [A] lucid and illuminating book."—John Plotz, Lingua Franca

"In this splendid collection Villa focuses on Arendt's analysis of totalitarian evil and its relationship to the philosophical tradition."—Choice