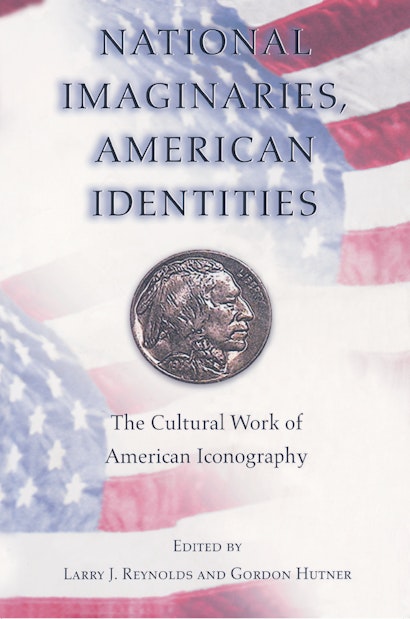 From the American Revolution to the present, the United States has enjoyed a rich and persuasive visual culture. These images have constructed, sustained, and disseminated social values and identities, but this unwieldy, sometimes untidy form of cultural expression has received less systematic attention than other modes of depicting American life. Recently, scholars in the humanities have developed a new critical approach to reading images and the cultural work they perform. This practice, American cultural iconography, is generating sophisticated analyses of how images organize our public life. The contributions to this volume exhibit the extraordinary scope and interpretive power of this interdisciplinary study while illuminating the dark corners of the nation’s psyche.


Drawing on such varied texts and visual media as daguerreotypes, political cartoons, tourist posters, and religious artifacts, these essays explore how pictures and words combine to teach us who we are and who we are not. They examine mimesis in elegant portraits of black Freemasons, industrial-age representations of national parks, and postwar photographs of atomic destruction. They consider how visual culture has described and disclosed the politics of racialized sexuality, whether subconsciously affirming it in the shadows of film noir or deliberately contesting it through the interethnic incest of John Sayles’s Lone Star. Students of literature, film, and history will find that these essays extend the frontier of American studies.

"This volume constitutes an important, very teachable collection, and will come to serve as a central reference for both scholars and students in the fields of American Studies, American Art History, Film Studies, and African-American Studies."—Laura Rigal, author of The American Manufactory