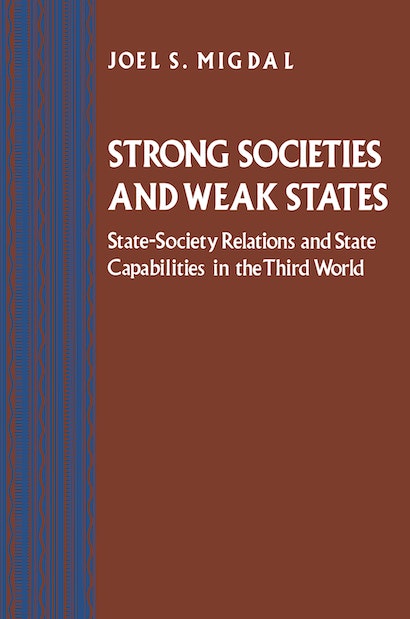 Why do many Asian, African, and Latin American states have such difficulty in directing the behavior of their populations — in spite of the resources at their disposal? And why do a small number of other states succeed in such control? What effect do failing laws and social policies have on the state itself? In answering these questions, Joel Migdal takes a new look at the role of the state in the third world. Strong Societies and Weak States offers a fresh approach to the study of state-society relations and to the possibilities for economic and political reforms in the third world.


In Asia, Africa, and Latin America, state institutions have established a permanent presence among the populations of even the most remote villages. A close look at the performance of these agencies, however, reveals that often they operate on principles radically different from those conceived by their founders and creators in the capital city. Migdal proposes an answer to this paradox: a model of state-society relations that highlights the state’s struggle with other social organizations and a theory that explains the differing abilities of states to predominate in those struggles.

"An important new landmark . . . One of the great strengths of this book is that the argument is anchored in a series of case studies built around four countries: Egypt, Sierra Leone, Israel, and Mexico."—Comparative Political Studies