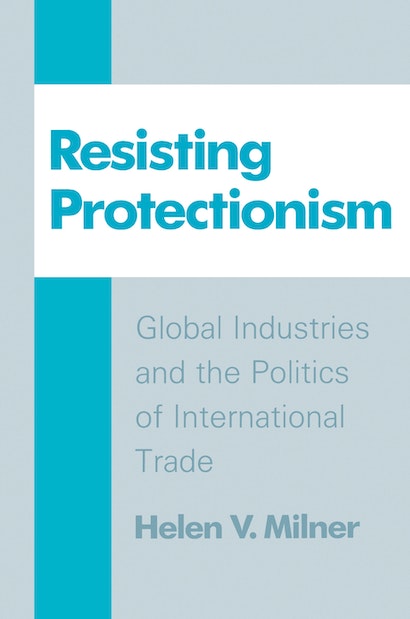 
After studying selected U.S. industries, Milner also examines French firms to see if they respond to increased interdependence in the same way as American firms, despite their different historical, ideological, and political contexts.

Helen V. Milner is the B. C. Forbes Professor of Politics and International Affairs at Princeton University and the director of the Niehaus Center for Globalization and Governance at Princeton's Woodrow Wilson School. She is currently also the chair of the Department of Politics.

"Why have governments not erected as many trade barriers in the troubled 1970s and 1980s as they did in the 1920s and 1930s? Professor Milner of Princeton University argues that the increased internationalization of business has made many firms in many sectors of industry opponents of protectionism, and that this makes a difference to governments. Her evidence is drawn from six U.S. industries in the 1920s, six U.S. firms in the 1970s. An enormous amount of good work has gone into this valuable study, which is meticulous in its analysis and sensible in its judgments."—Foreign Affairs