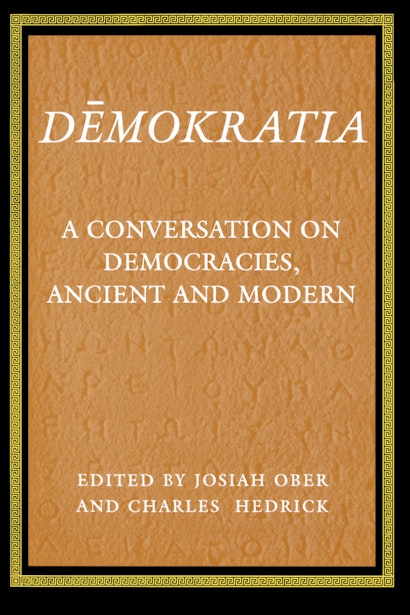 This book is the result of a long and fruitful conversation among practitioners of two very different fields: ancient history and political theory. The topic of the conversation is classical Greek democracy and its contemporary relevance. The nineteen contributors remain diverse in their political commitments and in their analytic approaches, but all have engaged deeply with Greek texts, with normative and historical concerns, and with each others’ arguments. The issues and tensions examined here are basic to both history and political theory: revolution versus stability, freedom and equality, law and popular sovereignty, cultural ideals and social practice. While the authors are sharply critical of many aspects of Athenian society, culture, and government, they are united by a conviction that classical Athenian democracy has once again become a centrally important subject for political debate.

Josiah Ober is the David Magie Professor of Ancient History in the Classics Department of Princeton University. Charles Hedrick is Associate Professor of History at the University of California, Santa Cruz.

"The excellent collection of essays edited by Ober and Hedrick rewards the reader with a state-of-the-art survey from different perspectives on the topic of ancient democracy: what characterizes all the essays is the constant attention to the lesson that modern democracy can learn from looking back to its ancestral model."—Political Studies