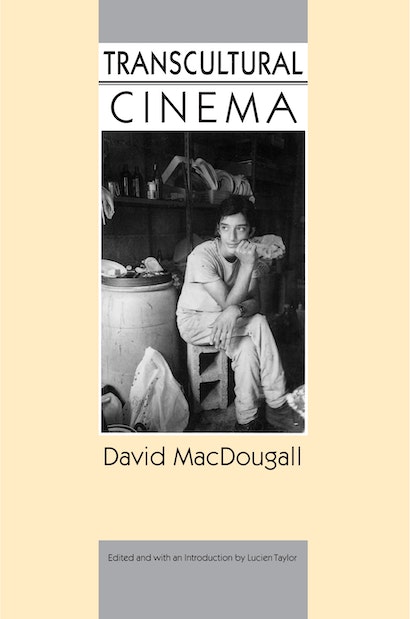 David MacDougall is a pivotal figure in the development of ethnographic cinema and visual anthropology. As a filmmaker, he has directed in Africa, Australia, India, and Europe. His prize-winning films (many made jointly with his wife, Judith MacDougall) include The Wedding Camels, Lorang’s Way, To Live with Herds, A Wife among Wives, Takeover, PhotoWallahs, and Tempus de Baristas. As a theorist, he articulates central issues in the relation of film to anthropology, and is one of the few documentary filmmakers who writes extensively on these concerns. The essays collected here address, for instance, the difference between films and written texts and between the position of the filmmaker and that of the anthropological writer.

In fact, these works provide an overview of the history of visual anthropology, as well as commentaries on specific subjects, such as point-of-view and subjectivity, reflexivity, the use of subtitles, and the role of the cinema subject. Refreshingly free of jargon, each piece belongs very much to the tradition of the essay in its personal engagement with exploring difficult issues. The author ultimately disputes the view that ethnographic filmmaking is merely a visual form of anthropology, maintaining instead that it is a radical anthropological practice, which challenges many of the basic assumptions of the discipline of anthropology itself. Although influential among filmmakers and critics, some of these essays were published in small journals and have been until now difficult to find. The three longest pieces, including the title essay, are new.

David MacDougall is Queen Elizabeth II Fellow and Convenor, Program in Visual Research, Centre for Cross-Cultural Research at the Australian National University, Canberra. Lucien Taylor is the author, with Ilisa Barbash, of Cross-Cultural Filmmaking: A Handbook for Making Documentary and Ethnographic Films and Videos (California). Formerly, he was the editor of the journal Visual Anthropology Review, published by the American Anthropological Association.

"With the voice of an essayist that combine the artistic sensibility of a Bresson with the writerly craft of a Barthes, MacDougall thinks through a theory of the documentary in terms of epistemological issues. . . . [T]his is a first-rate book."—Choice

"David MacDougall . . . has carried out more research in non-Western cultural contexts than most academic anthropologists and, as this book attests, is well read in the literature. . . . The twenty or so films that he has both shot and directed have been highly influential in establishing a model of good practice in ethnographic film-making. MacDougall also has the ability to write elegantly and reflectively about what he does."—Paul Henley, London Review of Books