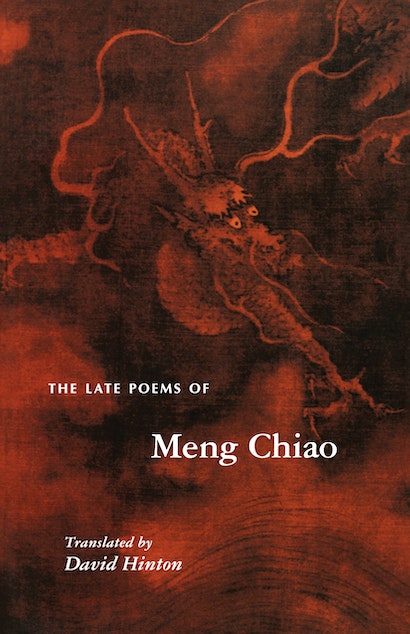 Late in life, Meng Chiao (A.D. 751 — 814) developed an experimental poetry of virtuosic beauty, a poetry that anticipated landmark developments in the modern Western tradition by a millennium. With the T’ang Dynasty crumbling, Meng’s later work employed surrealist and symbolist techniques as it turned to a deep introspection. This is truly major work — work that may be the most radical in the Chinese tradition. And though written more than a thousand years ago, it is remarkably fresh and contemporary. But, in spite of Meng’s significance, this is the first volume of his poetry to appear in English.


Until the age of forty, Meng Chiao lived as a poet-recluse associated with Ch’an (Zen) poet-monks in south China. He then embarked on a rather unsuccessful career as a government official. Throughout this time, his poetry was decidedly mediocre, conventional verse inevitably undone by his penchant for the strange and surprising. After his retirement, Meng developed the innovative poetry translated in this book. His late work is singular not only for its bleak introspection and “avant-garde” methods, but also for its dimensions: in a tradition typified by the short lyric poem, this work is made up entirely of large poetic sequences.

"These poems defy 'commentary.' They are so lovely, lush, and intense that they simply must be experienced. Meng Chiao's poems are deeply personal but not obscure, because the field of introspection is the landscape. . . . The sometimes surrealistic language is vital and powerful, lyric and soulful. This is the first volume of Meng Chiao's poetry to appear in English, and considering how many years ago he lived, the pleasure is long overdue. Don't miss the book."—Virginia Quarterly Review

"The translation is outstanding. David Hinton is simply the best translator of Chinese poetry presently working in English. This is a very intelligently selected group of poems from an important Chinese poet. Hinton reads deeply and with great sensitivity to nuance."—J.P. Seaton, University of North Carolina

"David Hinton's translations, while remaining faithful to the meaning and spirit of the original, are consistently imaginative in language and effective as English poetry, and he has shown a remarkable skill in capturing the particular style and voice of the different poets he has tackled."—Burton Watson