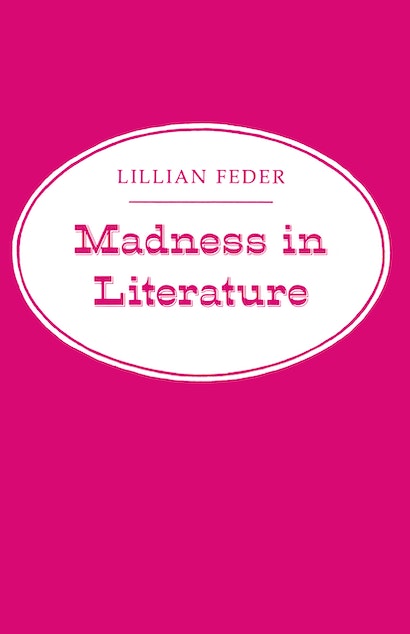 To probe the literary representation of the alienated mind, Lillian Feder examines mad protagonists of literature and the work of writers for whom madness is a vehicle of self-revelation. Ranging from ancient Greek myth and tragedy to contemporary poetry, fiction, and drama, Professor Feder shows how literary interpretations of madness, as well as madness itself, reflect the very cultural assumptions, values, and prohibitions they challenge.

Lillian Feder is Professor of English and Comparative Literature at Queens College and the Graduate School of The City University of New York. Her publications include Ancient Myth in Modern Poetry (Princeton).

"Madness is studied by Lillian Feder in its relationship with society—whether the madness be prophetic or dionysiac, as in ancient Greece, or of the form that leads to suicide, as in the contemporary cases of Theodore Roethke and Sylvia Plath. With considerable erudition, which is never pompously exposed, Miss Feder has played simultaneously the roles of literary critic, of psychoanalyst, and of cultural historian."—Wallace Fowlie, The Sewanee Review