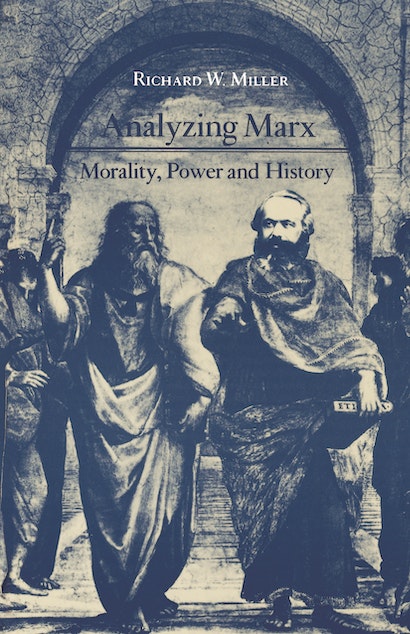 In this book Marx is revealed as a powerful contributor
to the debates that now dominate philosophy
and political theory. Using the techniques of analytic
philosophy to unite Marx’s general statements with
his practice as historian and activist, Richard W. Miller
derives important arguments about the rational basis
of morality, the nature of power, and the logic of testing
and explanation. The book also makes Marx’s theory
of change useful for current social science, by replacing
economic determinist readings with a new
interpretation in which systems of power relations are
the basis of change.


Part One discusses Marx’s criticisms of the moral
point of view as a basis for social choice. The outlook
that emerges is humane but antimoral. Part Two argues
that Marx’s concept of the ruling class is a means,
of measuring political power that is ignored yet urgently
needed by present-day social science. Part
Three bases Marx’s theory of history on the
dynamics of power, challenging both the standard,
economic determinist readings of the
theory and standard conceptions of science.

"This book offers a subtle, highly sophisticated, fresh and unfailingly interesting interpretation of some central themes in Marx's thought. Agreeably undogmatic, it has much to interest non-Marxist moralphilosophers, political theorists and economists. Its aim is to elucidate some central claims of Marx in a way that will challenge non-Marxist assumptions. In this aim it admirably succeeds."—Steven Lukes, Oxford University