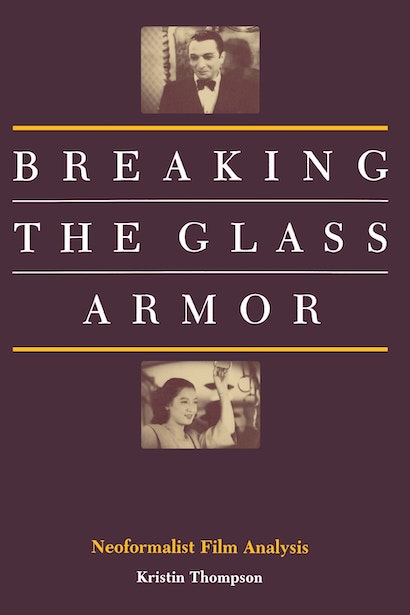 “Classical works have for us become covered with the glassy armor of familiarity,” wrote Victor Shklovsky in 1914. Here Kristin Thompson “defamiliarizes” the reader with eleven different films. Developing the technique formulated in her Eisenstein’s Ivan the Terrible (Princeton, 1981), she clearly demonstrates the flexibility of the neoformalist approach. She argues that critics often use cut-and-dried methods and choose films that easily fit those methods. Neoformalism, on the other hand, encourages the critic to deal with each film differently and to modify his or her analytical assumptions continually.


Thompson’s analyses are thus refreshingly varied and revealing, ranging from an ordinary Hollywood film, Terror by Night, to such masterpieces as Late Spring and Lancelot du Lac. She proposes a formal historical way of dealing with realism, using Bicycle Thieves and The Rules of the Game as examples. Stage Fright and Laura provide cases in which the classical cinema defamiliarizes its own conventions by playing with audience expectations. Other chapters deal with Tati’s Les Vacances de Monsieur Hulot and Play Time and Godard’s Tout va bien and Sauve qui peut (la vie).


Although neoformalist analysis is a rigorous, distinctive approach, it avoids extensive specialized vocabulary and esoteric concepts: the essays here can be read separately by those interested in the individual films. The book’s overall purpose, however, goes beyond making these particular films more accessible and intriguing to propose new ways of looking at cinema as a whole.