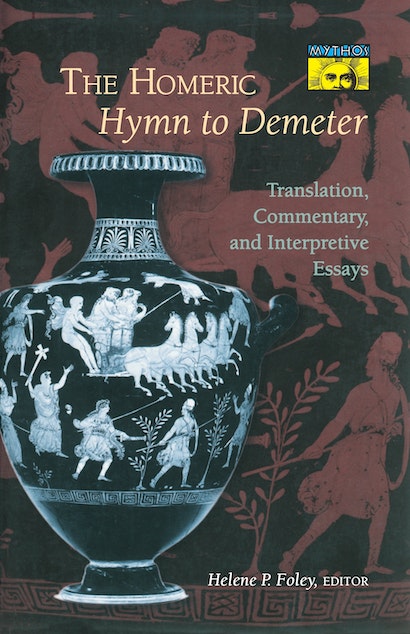 The Homeric Hymn to Demeter, composed in the late seventh or early sixth century B.C.E., is a key to understanding the psychological and religious world of ancient Greek women. The poem tells how Hades, lord of the underworld, abducted the goddess Persephone and how her grieving mother, Demeter, the goddess of grain, forced the gods to allow Persephone to return to her for part of each year. Helene Foley presents the Greek text and an annotated translation of this poem, together with selected essays that give the reader a rich understanding of the Hymn’s structure and artistry, its role in the religious life of the ancient world, and its meaning for the modern world.

Helene P. Foley is Olin Professor of Classics at Barnard College, Columbia University. She is author of Ritual Irony: Poetry and Sacrifice in Euripides, coauthor of Women in the
Classical World: Image and Text, and editor of Reflections of Women in Antiquity.

"Foley synthesizes important insights of the articles she reprints and of much other scholarship besides, and builds on them to construct a comprehensive and persuasive reading of her own."—William G. Thalmann, Bryn Mawr Classical Review

"Foley's book is the first full-length study in English of the Hymn.... It is a welcome and much-needed work.... Foley's analysis of the Hymn is an excellent demonstration of how it can be interpreted in the light of the [Eleusinian] Mysteries."—Ann C. Suter, New England Classical Newsletter and Journal

"Foley's attempt to connect the psychological, cosmological, and theological themes in the Hymn is her greatest success."—Victoria Pedrick, The Classical Journal