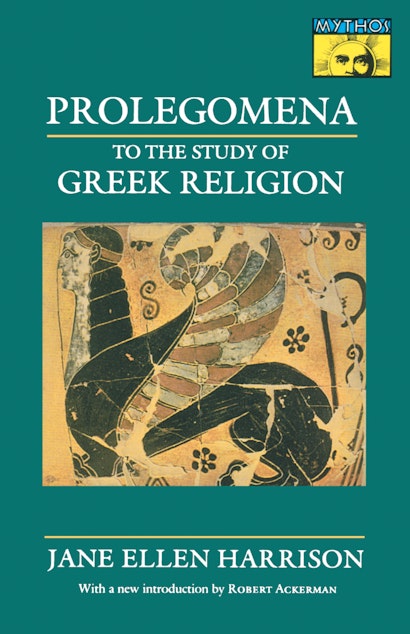 Jane Harrison examines the festivals of ancient Greek religion to identify the primitive “substratum” of ritual and its persistence in the realm of classical religious observance and literature. In Harrison’s preface to this remarkable book, she writes that J. G. Frazer’s work had become part and parcel of her “mental furniture” and that of others studying primitive religion. Today, those who write on ancient myth or ritual are bound to say the same about Harrison. Her essential ideas, best developed and most clearly put in the Prolegomena, have never been eclipsed.

"Harrison's Prolegomena to the Study of Greek Religion is a book that breathes life. It is an exciting, deeply felt intellectual quest, with a broad view of the role of religion in life, ancient and modern. Harrison is not afraid to look for relevance in archaic cult, and doesn't flinch on finding it. From a study of Greek anthropomorphism, she can conclude, like a seeress looking beyond the early twentieth century: 'to be human is not necessarily to be humane.'"—Richard Martin, Princeton University