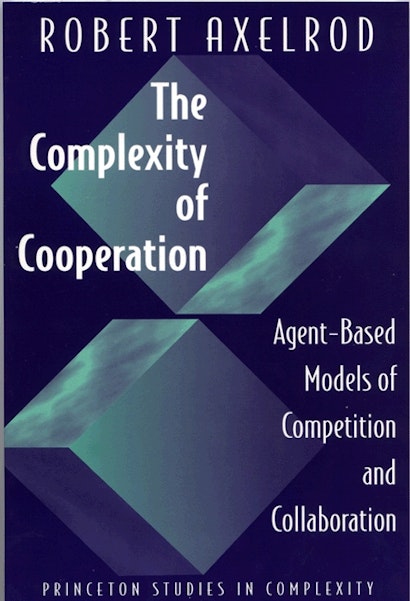 Robert Axelrod is widely known for his groundbreaking work in game theory and complexity theory. He is a leader in applying computer modeling to social science problems. His book The Evolution of Cooperation has been hailed as a seminal contribution and has been translated into eight languages since its initial publication. The Complexity of Cooperation is a sequel to that landmark book. It collects seven essays, originally published in a broad range of journals, and adds an extensive new introduction to the collection, along with new prefaces to each essay and a useful new appendix of additional resources. Written in Axelrod’s acclaimed, accessible style, this collection serves as an introductory text on complexity theory and computer modeling in the social sciences and as an overview of the current state of the art in the field.


The articles move beyond the basic paradigm of the Prisoner’s Dilemma to study a rich set of issues, including how to cope with errors in perception or implementation, how norms emerge, and how new political actors and regions of shared culture can develop. They use the shared methodology of agent-based modeling, a powerful technique that specifies the rules of interaction between individuals and uses computer simulation to discover emergent properties of the social system. The Complexity of Cooperation is essential reading for all social scientists who are interested in issues of cooperation and complexity.

"Robert Axelrod's extraordinary book, The Evolution of Cooperation was globally acclaimed for the rich results of its simple model. The Complexity of Cooperation now gathers together the myriad fruits of more than a decade's work, carefully 'complexifying' his initial model. Like his ideas, his prose is clear and engaging. His delight as he unveils each surprising discovery is infectious. This book is not merely important; it's fun."—Robert D. Putnam, author of Making Democracy Work