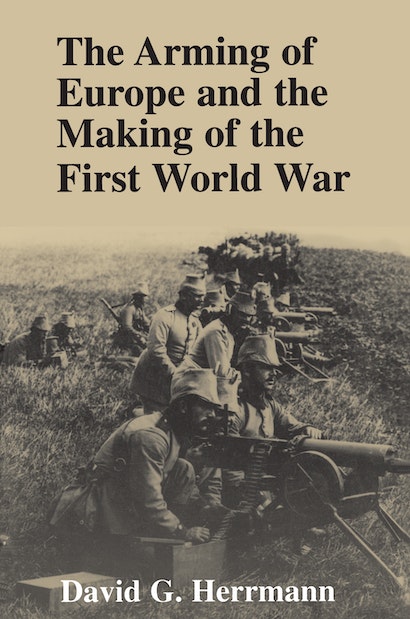 David Herrmann’s work is the most complete study to date of how land-based military power influenced international affairs during the series of diplomatic crises that led up to the First World War. Instead of emphasizing the naval arms race, which has been extensively studied before, Herrmann draws on documentary research in military and state archives in Germany, France, Austria, England, and Italy to show the previously unexplored effects of changes in the strength of the European armies during this period. Herrmann’s work provides not only a contribution to debates about the causes of the war but also an account of how the European armies adopted the new weaponry of the twentieth century in the decade before 1914, including quick-firing artillery, machine guns, motor transport, and aircraft.


In a narrative account that runs from the beginning of a series of international crises in 1904 until the outbreak of the war, Herrmann points to changes in the balance of military power to explain why the war began in 1914, instead of at some other time. Russia was incapable of waging a European war in the aftermath of its defeat at the hands of Japan in 1904-5, but in 1912, when Russia appeared to be regaining its capacity to fight, an unprecedented land-armaments race began. Consequently, when the July crisis of 1914 developed, the atmosphere of military competition made war a far more likely outcome than it would have been a decade earlier.

"Herrmann argues that the dynamic element which upset the European balance was the change in statesmen's perceptions of the military strengths and weaknesses of their neighbors between 1904 and 1914....A good book [that] draws on evidence from French, German, Austrian, Italian, and British archives."—David French, The Times Literary Supplement

"A valuable and long-overdue book. . . . It offers a far more nuanced and sophisticated understanding of military organizations as they faced the calamity of the First World War. A first-rate piece of work."—Eliot A. Cohen, Foreign Affairs