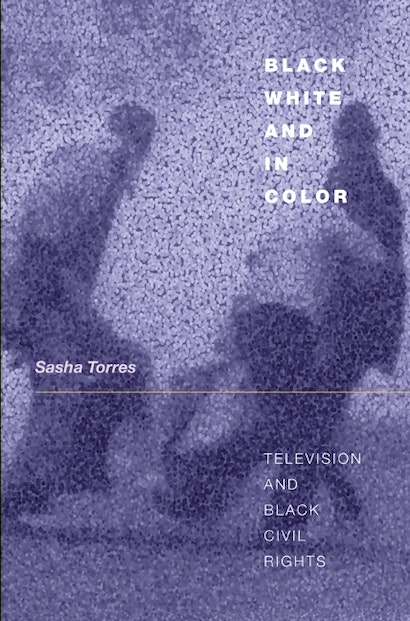 This book examines the representation of blackness on television at the height of the southern civil rights movement and again in the aftermath of the Reagan-Bush years. In the process, it looks carefully at how television’s ideological projects with respect to race have supported or conflicted with the industry’s incentive to maximize profits or consolidate power.


Sasha Torres examines the complex relations between the television industry and the civil rights movement as a knot of overlapping interests. She argues that television coverage of the civil rights movement during 1955-1965 encouraged viewers to identify with black protestors and against white police, including such infamous villains as Birmingham’s Bull Connor and Selma’s Jim Clark. Torres then argues that television of the 1990s encouraged viewers to identify with police against putatively criminal blacks, even in its dramatizations of police brutality.


Torres’s pioneering analysis makes distinctive contributions to its fields. It challenges television scholars to consider the historical centrality of race to the constitution of the medium’s genres, visual conventions, and industrial structures. And it displaces the analytical focus on stereotypes that has hamstrung assessments of television’s depiction of African Americans, concentrating instead on the ways in which African Americans and their political collectives have actively shaped that depiction to advance civil rights causes. This book also challenges African American studies to pay closer and better attention to television’s ongoing role in the organization and disorganization of U.S. racial politics.

Sasha Torres is Associate Professor of Information and Media Studies at the University of Western Ontario and the editor of Living Color: Race and Television in the United States.

"Lucid and accessible in both argument and style, this book offers perhaps the most theoretically sophisticated treatment to date of the historical relationship between the civil rights movement and network television, as well as of the complexities of representations of race in contemporary television. It embraces a wide academic audience, opening a conversation across disciplines that too often fail to take each other's accomplishments into account."—Sharon Willis, University of Rochester

"This book is distinguished by a rare combination of critical acumen and historical insight. Torres is characteristically incisive, presenting an argument that appears both incontrovertibly correct and wholly original."—Phillip Brian Harper, New York University