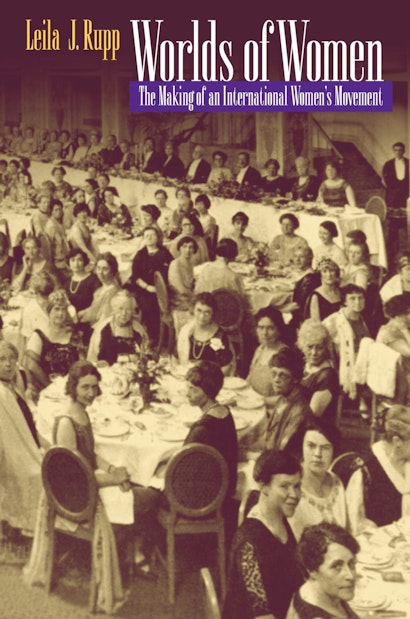 Worlds of Women is a groundbreaking exploration of the “first wave” of the international women’s movement, from its late nineteenth-century origins through the Second World War. Making extensive use of archives in the United States, England, the Netherlands, Germany, and France, Leila Rupp examines the histories and accomplishments of three major transnational women’s organizations to tell the story of women’s struggle to construct a feminist international collective identity. She addresses questions central to the study of women’s history — how can women across the world forge bonds, sometimes even through conflict, despite their differences? — and questions central to world history — is internationalism viable and how can its history be written?

Leila J. Rupp is Professor of History at Ohio State University. She is the author of Mobilizing Women for War: German and American Propaganda, 1939-1945 (Princeton) and coauthor, with Verta Taylor, of Survival in the Doldrums: The American Women's Rights Movement.

"This fine study by Leila J. Rupp addresses the surprisingly neglected topic, at least until recently, of the international women's movement. . . . The sheer scale of research entailed is daunting to contemplate. . . . A clear, concise account of the formation of [three major international women's groups] and of the relationships among them is provided in the introductory section. Thereafter, the structure of the narrative is built with great precision along the elegant line of analysis that Rupp offers as to the significance, achievements, and limitations of 'international sisterhood' during the interwar period."—American Historical Review