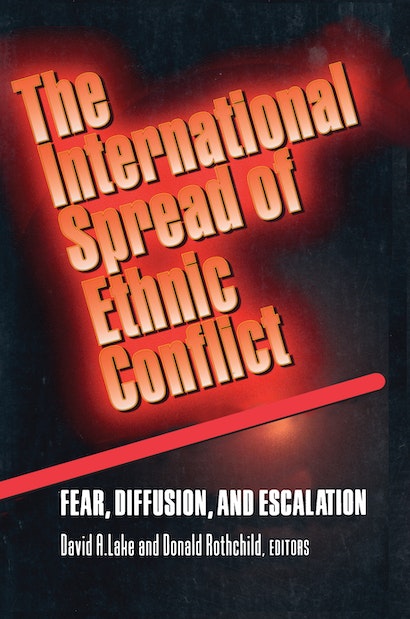 The wave of ethnic conflict that has recently swept across parts of Eastern Europe, the former Soviet Union, and Africa has led many political observers to fear that these conflicts are contagious. Initial outbreaks in such places as Bosnia, Chechnya, and Rwanda, if not contained, appear capable of setting off epidemics of catastrophic proportions. In this volume, David Lake and Donald Rothchild have organized an ambitious, sophisticated exploration of both the origins and spread of ethnic conflict, one that will be useful to policymakers and theorists alike.


The editors and contributors argue that ethnic conflict is not caused directly by intergroup differences or centuries-old feuds and that the collapse of the Soviet Union did not simply uncork ethnic passions long suppressed. They look instead at how anxieties over security, competition for resources, breakdown in communication with the government, and the inability to make enduring commitments lead ethnic groups into conflict, and they consider the strategic interactions that underlie ethnic conflict and its effective management.


How, why, and when do ethnic conflicts either diffuse by precipitating similar conflicts elsewhere or escalate by bringing in outside parties? How can such transnational ethnic conflicts best be managed? Following an introduction by the editors, which lays a strong theoretical foundation for approaching these questions, Timur Kuran, Stuart Hill, Donald Rothchild, Colin Cameron, Will H. Moore, and David R. Davis examine the diffusion of ideas across national borders and ethnic alliances. Without disputing that conflict can spread, James D. Fearon, Stephen M. Saideman, Sandra Halperin, and Paula Garb argue that ethnic conflict today is primarily a local phenomenon and that it is breaking out in many places simultaneously for similar but largely independent reasons. Stephen D. Krasner, Daniel T. Froats, Cynthia S. Kaplan, Edmond J. Keller, Bruce W. Jentleson, and I. William Zartman focus on the management of transnational ethnic conflicts and emphasize the importance of domestic confidence-building measures, international intervention, and preventive diplomacy.

"This work . . . significantly advances the scholarly literature in thefield and, in doing so, opens new prospects for policy analysis as well."—Roy Licklider, Rutgers University