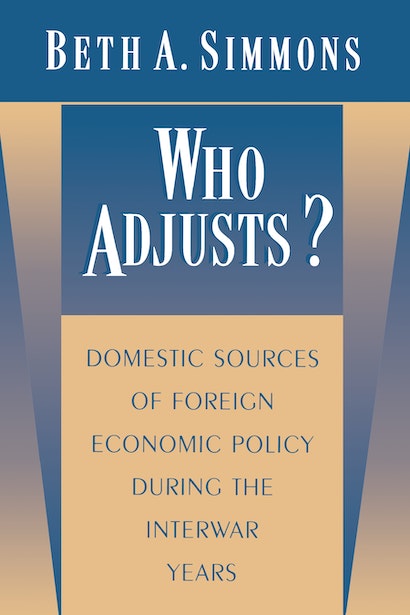 In this work Beth Simmons presents a fresh view of why governments decided to abide by or defect from the gold standard during the 1920s and 1930s. Previous studies of the spread of the Great Depression have emphasized “tit-for-tat” currency and tariff manipulation and a subsequent cycle of destructive competition. Simmons, on the other hand, analyzes the influence of domestic politics on national responses to the international economy. In so doing, she powerfully confirms that different political regimes choose different economic adjustment strategies.

Beth A. Simmons is Associate Professor of Political Science at the University of California, Berkeley.

"One of the best books I have read in years. . . . Simmons develops a novel, domestic explanation for the policy failures of the interwar period . . . [and] untangles the complicated web of the interwar international political economy. The book not only sets a new standard of research excellence, but it is required reading for all international political economists, as well as many comparativists and historians. . . . Who Adjusts? will certainly become a classic analysis of interwar economic policy."—David A. Lake, American Political Science Review