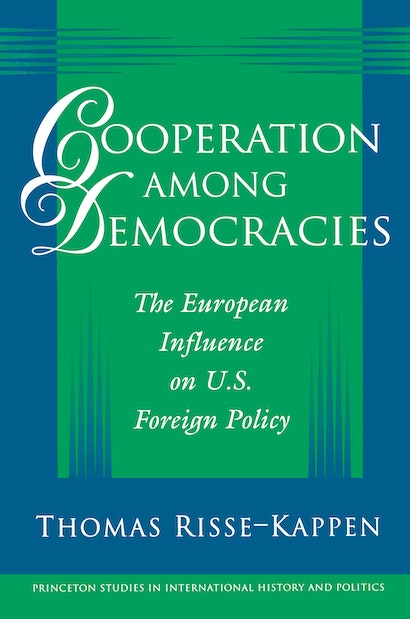 In exploring the special nature of alliances among democracies, Thomas Risse-Kappen argues that the West European and Canadian allies exerted greater influence on American foreign policy during the Cold War than most analysts assume. In so doing, he challenges traditional alliance theories that emphasize strategic interactions and power-based bargaining processes. For a better understanding of the transatlantic relationship, the author proposes that we instead turn to liberal theories of international affairs. Accordingly, liberal democracies are likely to form the “pacific federations” described by Immanuel Kant or “pluralistic security communities” as Karl W. Deutsch suggested.


Through detailed case studies, Risse-Kappen shows that the Europeans affected security decisions concerning vital U.S. interest during the 1950-1953 Korean war, the 1958-1963 test ban negotiations, and the 1962 Cuban missile crisis — all during a span of time in which the U.S. enjoyed undisputed economic and military supremacy in the alliance. He situates these case studies within a theoretical framework demonstrating that the European influence on decision-making processes in Washington worked through three mechanisms: norms prescribing timely consultations among the allies, use of domestic pressures for leverage in transatlantic interactions, and transnational and transgovernmental coalitions among societal and bureaucratic actors. The book’s findings have important repercussions for the post-Cold War era in that they suggest the transatlantic security community is likely to survive the end of the Soviet threat.

"A serious contribution. . . . The author demonstrates that the analysis of norms points to an improved understanding of international relations. . . . Excellent documentation."—Choice

"A sophisticated study of the Western alliance that emphasizes European influence on US decision-making. . . .[T]his book will be useful to historians as well as to political scientists interested in alliance and international relations theory. . . . A book that is outstanding in a crowded field. The careful research and thoughtful argument in Cooperation among Democracies make it one of the very best studies of the Western alliance."—Frank Costigliola, The International History Review