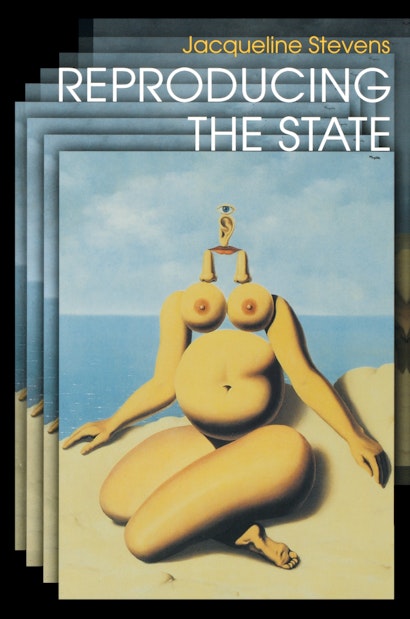 People are said to acquire their affiliations of ethnicity, race, and sex at birth. Hence, these affiliations have long been understood to be natural, independent of the ability of political societies to define who we are. Reproducing the State vigorously challenges the conventional view, as well as post-structuralist scholarship that minimizes state power. Jacqueline Stevens examines birth-based theories of membership and group affiliations in political societies ranging from the Athenian polis, to tribes of Australia, to the French republic, to the contemporary United States. The book details how political societies determine the kinship rules that are used to reproduce political societies.


Stevens analyzes the ways that ancestral and territorial birth rules for membership in political societies pattern other intergenerational affiliations. She shows how the notion of ethnicity depends on the implicit or explicit invocation of a past, present, or future political society. She also shows how geography is used to represent political regions, including continents, as the seemingly natural underpinning for racial taxonomies perpetuated through miscegenation laws and birth certificates. And Stevens argues that sex differences are also constituted through membership practices of political societies. In its chronological and disciplinary range, Reproducing the State will reward the interest of scholars in many fields, including anthropology, history, political science, sociology, women’s studies, race studies, and ethnic studies.

Jacqueline Stevens is the Johnson Visiting Assistant Professor of Politics at Pomona College, where she teaches political theory.

"Stevens has written an imaginative, detailed, and meticulously documented analysis. . . . This is a stimulating book that will reward readers in many disciplines."—Choice