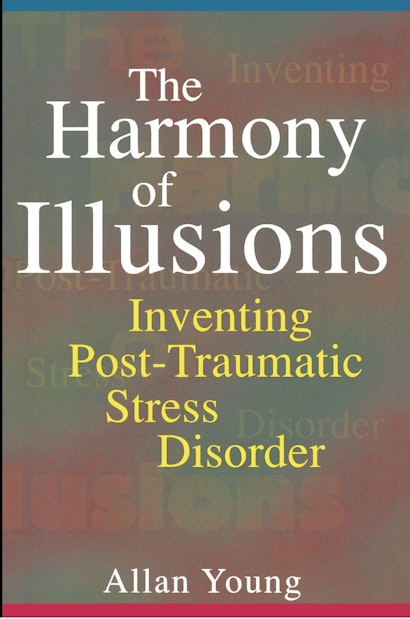 As far back as we know, there have been individuals incapacitated by memories that have filled them with sadness and remorse, fright and horror, or a sense of irreparable loss. Only recently, however, have people tormented with such recollections been diagnosed as suffering from “post-traumatic stress disorder.” Here Allan Young traces this malady, particularly as it is suffered by Vietnam veterans, to its beginnings in the emergence of ideas about the unconscious mind and to earlier manifestations of traumatic memory like shell shock or traumatic hysteria. In Young’s view, PTSD is not a timeless or universal phenomenon newly discovered. Rather, it is a “harmony of illusions,” a cultural product gradually put together by the practices, technologies, and narratives with which it is diagnosed, studied, and treated and by the various interests, institutions, and moral arguments mobilizing these efforts.


This book is part history and part ethnography, and it includes a detailed account of everyday life in the treatment of Vietnam veterans with PTSD. To illustrate his points, Young presents a number of fascinating transcripts of the group therapy and diagnostic sessions that he observed firsthand over a period of two years. Through his comments and the transcripts themselves, the reader becomes familiar with the individual hospital personnel and clients and their struggle to make sense of life after a tragic war. One observes that everyone on the unit is heavily invested in the PTSD diagnosis: boundaries between therapist and patient are as unclear as were the distinctions between victim and victimizer in the jungles of Southeast Asia.

Allan Young is Professor of Anthropology at McGill University, in the Departments of Social Studies of Medicine, Anthropology, and Psychiatry.

"Allan Young. . . would disagree with the notion that [PTSD] has always been with us, arguing that the traumatic memory is a man-made object. . . . His book is a lucid case-study of the way medicine and society have managed to build up this man-made disorder over the past century and a half."—Gerald Weissmann, The London Review of Books

"Allan Young has written a splendid and much needed book. . . . Young's book is an invaluable contribution to an emerging and exciting area of scholarship. Intellectually bold, analytically rigorous, and rhetorically compelling, The Harmony of Illusions will both delight and provoke—perhaps even infuriate—friends and foes of the PTSD diagnosis."—Eric Caplan, American Journal of Sociology

"The well-researched description of the development of the construct of PTSD within American psychiatric circles makes for fascinating reading as the personalities of the players are presented along with their ideas."—William Yule, The Times Higher Education Supplement

"An ambitious and richly informative account of the growth and progress of modern psychiatry itself and particularly of the intimate relationship between that discipline and its broader social and political context. As a model study of the construction of mental illness, this book represents a significant contribution to the history of science and medicine."—Philip Jenkins, American Historical Review

"A stringent critique of the diagnosis of post-traumatic stress disorder (PTSD), which came into vogue after the Vietnam war. . . . Young's work is scientific in the best sense, i.e., clear, precise, and free of jargon and polemics."—Kirkus Reviews

"Young has produced a fascinating book. It is also very timely given current debates, both within and beyond psychotherapy, about trauma, abuse and its recovery."—Janet Sayers, British Journal of Psychotherapy

"Young offers a brilliant acount of how post-traumatic stress disorder came into being. His detailed analysis of sessions with Vietnam Vetrens at Vetrens Administration hospitals is one of the finest pieces of up-to-date medical anthropology in existence."—Ian Hacking, Institute for the History and Philosophy of Science and Technology, University of Toronto