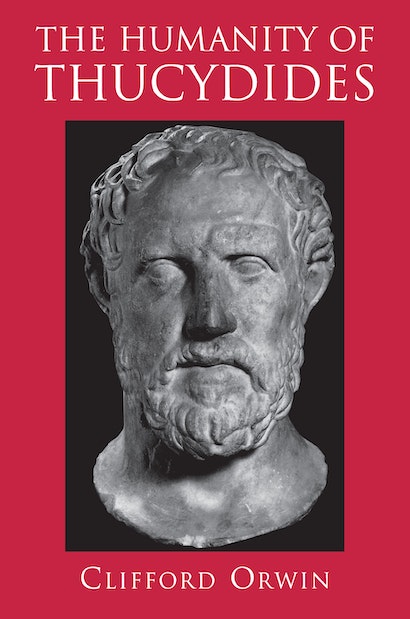 Thucydides has long been celebrated for the unflinching realism of his presentation of political life. And yet, as some scholars have asserted, his work also displays a profound humanity. In the first thorough exploration of the relation between these two traits, Clifford Orwin argues that Thucydides’ humanity is not a reflection of the author’s temperament but an aspect of his thought, above all of his articulation of the central problem of political life, the tension between right and compulsion.


This book provides the most complete treatment to date of Thucydides’ handling of the problem of injustice, as well as the most extensive interpretations yet of the speeches in which it comes to light. Thucydides does not merely display the weakness of justice in the world, but joins his characters in exploring the implications of this weakness for our understanding of what justice is. Orwin pursues this question through Thucydides’ work and relates it to the historian’s other leading concerns, such as the contrast between the Athenian way and the Spartan way, the role of piety in political life, the interaction of foreign and domestic politics, and the role of statesmanship in a world dominated by frenzies of hope, fear, and indignation. Above all, Orwin demonstrates the richness, complexity, and daring of Thucydides’ articulation of these issues.

Clifford Orwin is Professor of Political Science at the University of Toronto.

"Orwin has given us an important, provocative, and ultimately unsettling new book on Thucydides. . . . [A] valuable piece of scholarship. It asks important questions, marshaling an impressive breadth and depth of learning."—Geoff Bakewell, Bryn Mawr Classical Review

"[Orwin] allows us to see Thucydides' entire work in a fresh light. No one who reads this carefully crafted, wittily written study will emerge with his or her vision unchanged. . . . Orwin is in full control of the secondary literature on Thucydides, his handling of the philological questions is magisterial, and if the passages that he discusses are familiar, his treatment of them is not. This may be the best book to appear on the subject thus far, and given the quality of the secondary literature produced in the last half-century, that is saying a lot."—Paul A. Rahe, American Historical Review

"One of the most instructive and persuasive studies of Thucydides I know. It ought to be of great interest to classicists, historians, philosophers, and anyone who seeks wisdom about politics."—Donald Kagan, Yale University