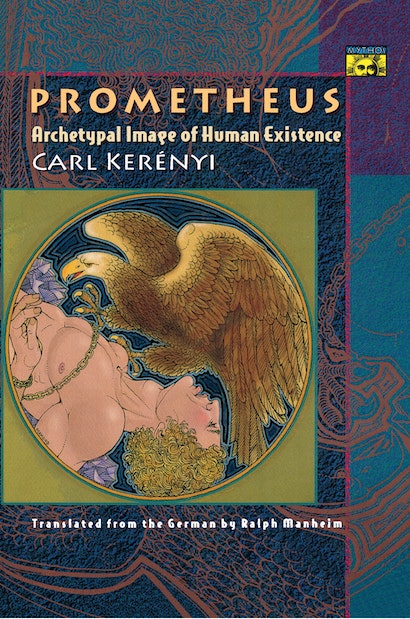 Prometheus the god stole fire from heaven and bestowed it on humans. In punishment, Zeus chained him to a rock, where an eagle clawed unceasingly at his liver, until Herakles freed him. For the Greeks, the myth of Prometheus’s release reflected a primordial law of existence and the fate of humankind. Carl Kerényi examines the story of Prometheus and the very process of mythmaking as a reflection of the archetypal function and seeks to discover how this primitive tale was invested with a universal fatality, first in the Greek imagination, and then in the Western tradition of Romantic poetry. Kerényi traces the evolving myth from Hesiod and Aeschylus, and in its epic treatment by Goethe and Shelley; he moves on to consider the myth from the perspective of Jungian psychology, as the archetype of human daring signifying the transformation of suffering into the mystery of the sacrifice.

Carl Kerényi was a professor of classics and the history of religion in his native Hungary. His works include Eleusis: Archetypal Image of Mother and Daughter and Dionysos: Archetypal Image of Indestructible Life, and he collaborated with C. G. Jung to write Essays on a Science of Mythology; all three books are available in Mythos paperback editions.

"A sterling example of classical scholarship, literary exegesis, and cultural inference. . . . Not only does this book tell us much about man, through his prototypical image, but also much about the Greek civilization which created Prometheus in its image."—Contemporary Psychology