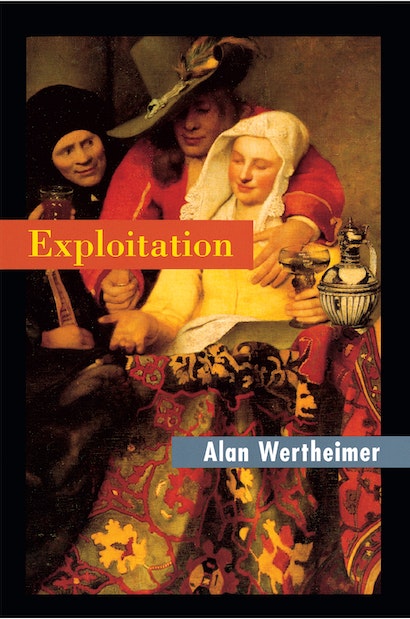 What is the basis for arguing that a volunteer army exploits citizens who lack civilian career opportunities? How do we determine that a doctor who has sex with his patients is exploiting them? In this book, Alan Wertheimer seeks to identify when a transaction or relationship can be properly regarded as exploitative — and not oppressive, manipulative, or morally deficient in some other way — and explores the moral weight of taking unfair advantage. Among the first political philosophers to examine this important topic from a non-Marxist perspective, Wertheimer writes about ordinary experience in an accessible yet philosophically penetrating way. He considers whether it is seriously wrong for a party to exploit another if the transaction is consensual and mutually advantageous, whether society can justifiably prohibit people from entering into such a transaction, and whether it is wrong to allow oneself to be exploited.


Wertheimer first considers several contexts commonly characterized as exploitive, including surrogate motherhood, unconscionable contracts, the exploitation of student athletes, and sexual exploitation in psychotherapy. In a section outlining his theory of exploitation, he sets forth the criteria for a fair transaction and the point at which we can properly say that a party has consented. Whereas many discussions of exploitation have dealt primarily with cases in which one party harms or coerces another, Wertheimer’s book focuses on what makes a mutually advantageous and consensual transaction exploitive and analyzes the moral and legal implications of such exploitation.

Alan Wertheimer is John G. McCullough Professor of Political Science at the University of Vermont. He is the author of Coercion (Princeton) and the editor, with John Chapman, of NOMOS XXXI: Majorities and Minorities.

"Wertheimer's book is a careful and exhaustive analysis of exploitation. One may well disagree with some of his conclusions, but no one interested in the topic will be able to ignore this classic work on the topic of exploitation."—Joan L. McGregor, Philosophy in Review

"Wertheimer's book is a cornucopia of hard questions that make you realize how little we think about that so-easy-to-toss brickbat, exploitation."—Ian Hacking, Globe and Mail

"This is an excellent book that does more than explore a fascinating concept.... It is refined, full of distinctions that are crucial for avoiding confusion on this difficult topic and, finally, it is well written."—Brendan P. Minogue, Journal of Mass Media Ethics