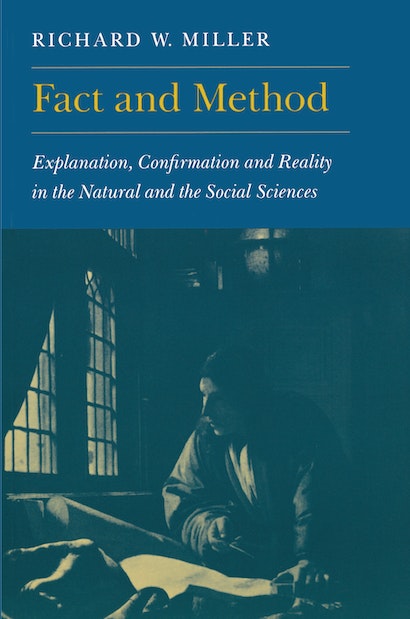 In this bold work, of broad scope and rich erudition, Richard Miller sets out to reorient the philosophy of science. By questioning both positivism and its leading critics, he develops new solutions to the most urgent problems about justification, explanation, and truth. Using a wealth of examples from both the natural and the social sciences, Fact and Method applies the new account of scientific reason to specific questions of method in virtually every field of inquiry, including biology, physics, history, sociology, anthropology, economics, psychology, and literary theory. Explicit and up-to-date analysis of leading alternative views and a wealth of examples make it an ideal introduction to the philosophy of science, as well as a powerful attempt to change the field. Like the works of Hempel, Reichenbach, and Nagel in an earlier generation, it will challenge, instruct, and help anyone with an interest in science and its limits.


For the past quarter-century, the philosophy of science has been in a crisis brought on by the failure of the positivist project of resolving all basic methodological questions by applying absolutely general rules, valid for all fields at all times. Professor Miller presents a new view in which what counts as an explanation, a cause, a confirming test, or a compelling case for the existence of an unobservable is determined by frameworks of specific substantive principles, rationally adopted in the light of the actual history of inquiry. While the history of science has usually been the material for relativism, Professor Miller uses arguments of Darwin, Newton, Einstein, Galileo, and others both to undermine positivist conceptions of rationality and to support the positivists’ optimism that important theoretical findings are often justifiable from all reasonable perspectives.

"Fact and Method is written in a distinctive style. Where the positivists aspired to the terseness of scientific prose, Miller is discursive, digressive and generous with long illustrations. He has a wide-ranging knowledge of both the natural and the social sciences … his arguments always relate to real scientific theories, rather than oversimplified philosophical abstractions."—The Times Literary Supplement