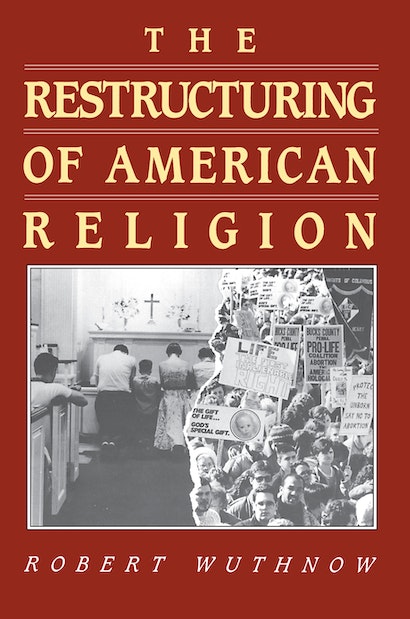 The description for this book, The Restructuring of American Religion: Society and Faith since World War II, will be forthcoming.

"Illuminates great reaches of society beyond the confines of cathedral and chapel, tabernacle and temple. . . . So mountainous is the factual material on such a myriad of subjects and so thoughtful are the author's interpretations, grounded in a mastery of social science theory, that one can only be grateful for this brilliant examination of the public dimensions of religious culture."—American Historical Review

"[The Restructuring of American Religion] is the most expansive and one of the most profound inquiries into the condition of American religious structure since World War II. . . . To carry on debates about this structure now without reference to Wuthnow would be to attempt to track a landscape of near-chaos without using the best available road map and set of markers. It is likely that we will be citing 'Wuthnow' as we have been referring eponymically to major interpretations of 'Herberg' or 'Berger' or 'Bellah.'"—Martin Marty, Religious Studies Review