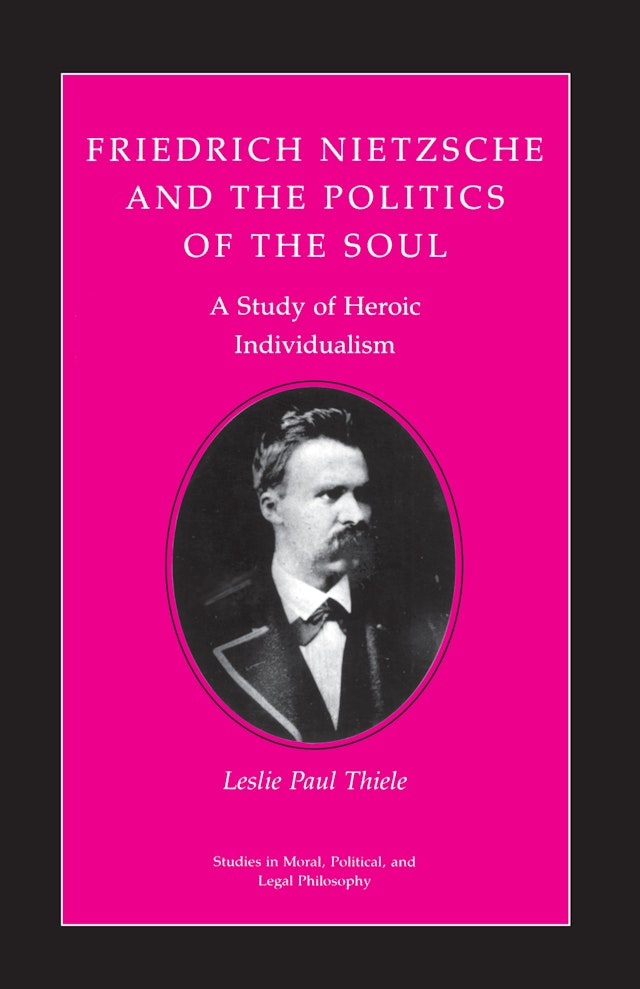 Reading Nietzsche’s works as the “political biography of his soul,” Leslie Thiele presents an original and accessible essay on the great thinker’s attempt to lead a heroic life as a philosopher, artist, saint, educator, and solitary. He takes as his point of departure Nietzsche’s conception of the soul as a multiplicity of conflicting drives and personae, and focuses on the task Nietzsche allotted himself “to make a cosmos out of his chaotic inheritance.” This struggle to “become what you are” by way of a spiritual politics is demonstrated to be Nietzsche’s foremost concern, which fused his philosophy with his life.

The book offers a conversation with Nietzsche rather than a consideration of the secondary literature, yet it takes to task many prevalent approaches to his work, and contests especially the way we often restrict our encounter with him to conceptual analysis. All deconstructionist attempts to portray him as solely concerned with the destruction of the subject and the dispersion of the self, rather than its unification, are called into question. Often portrayed as the champion of nihilism, Nietzsche here emerges as a thinker who saw his primary task as the overcoming of nihilism through the heroic struggle of individuation.

"Thiele offers an accessible and accurate portrait of Nietzsche's ideal of heroic individualism. [In Nietzsche,] Thiele retrieves a creator of values, of a model of the 'well-ordered soul,' a seductive and paradoxical existential thinker with a psychagogic aim."—Choice