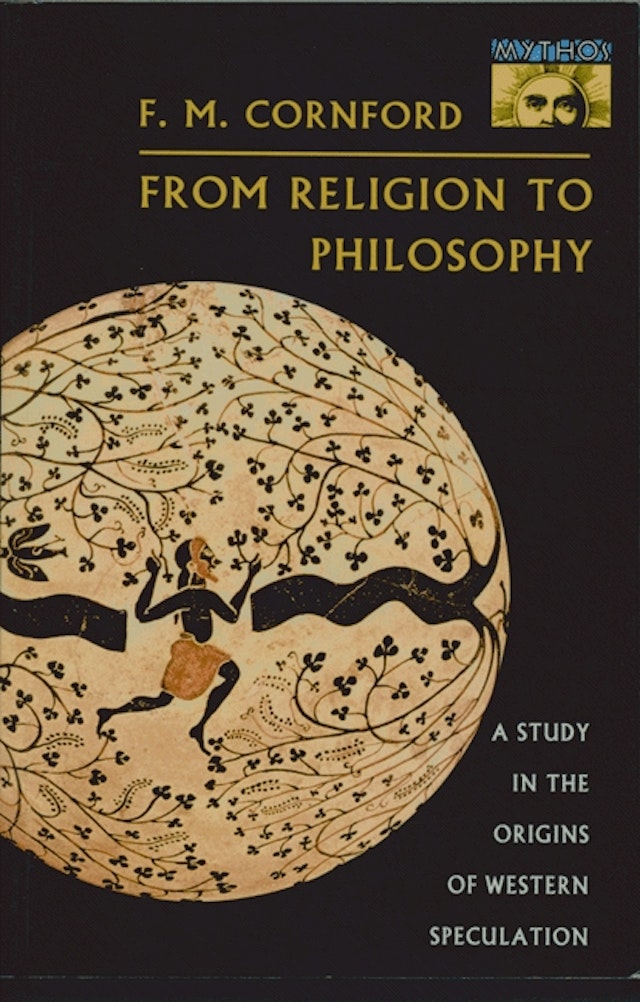 In this exploration of the “very first utterance of philosophers,” F. M. Cornford showed that the remarkable burst of abstract speculation among pre-Socratic thinkers of the sixth century B.C. emerged directly from the religious thought of the preceding era in Greece. Combining profound classical scholarship with striking anthropological and sociological insight, Cornford rejected the post-Darwinian rationalist assumption that religion and philosophy are fundamentally different from each other. His book supplies a needed reminder of the intricate connections between critical scientific thought and social and emotional experience. As he probes the mythic antecedents of such persistent metaphysical concepts as Destiny, God, Soul, Substance, Nature, and Immortality, Cornford warns us that “unless we have some grasp of that history [of myth], we are not likely to understand the speculation, which, however scientific its spirit may be, constantly operates with these religious ideas, and is to a large extent confined in its movement within the limits already traced by them.” Classicists, historians of religion, students of ancient history, and everyone concerned with the subject of myth will find this lucid and highly original work to be a source of rich insights about the organic nature and continuity of Western thought.