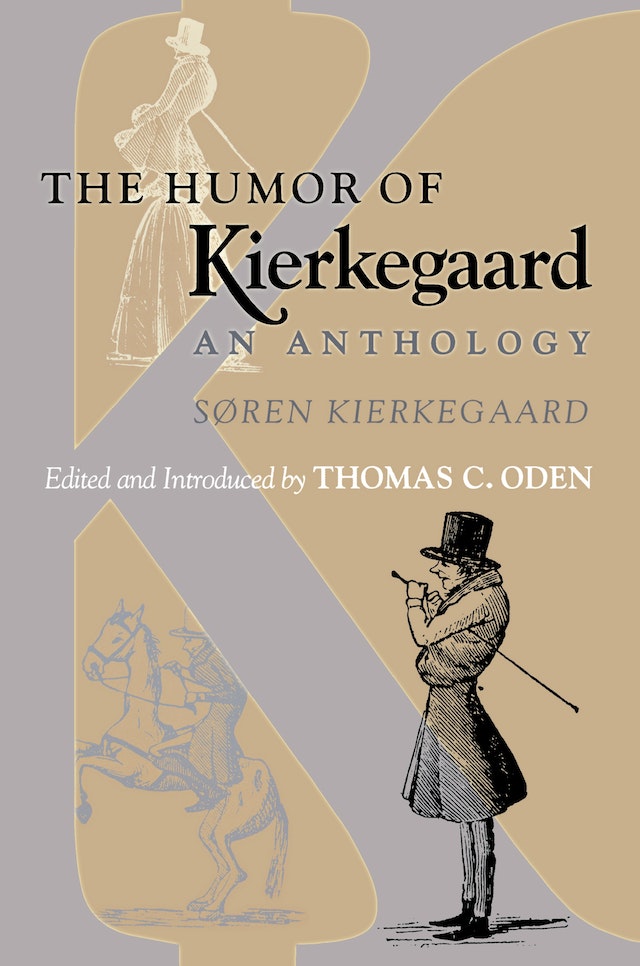 Who might reasonably be nominated as the funniest philosopher of all time? With this anthology, Thomas Oden provisionally declares Søren Aabye Kierkegaard (1813-1855) — despite his enduring stereotype as the melancholy, despairing Dane — as, among philosophers, the most amusing.


Kierkegaard not only explored comic perception to its depths but also practiced the art of comedy as astutely as any writer of his time. This collection shows how his theory of comedy is integrated into his practice of comic perception, and how both are integral to his entire authorship.


Kierkegaard’s humor ranges from the droll to the rollicking; from farce to intricate, subtle analysis; from nimble stories to amusing aphorisms. In these pages you are invited to meet the wife of an author who burned her husband’s manuscript and a businessman who, even with an abundance of calling cards, forgot his own name. You will hear of an interminable vacillator whom archeologists found still pacing thousands of years later, trying to come to a decision. Then there is the emperor who became a barkeeper in order to stay in the know.

The Humor of Kierkegaard is for anyone ready to be amused by human follies. Those new to Kierkegaard will discover a dazzling mind worth meeting. Those already familiar with his theory of comedy will be delighted to see it concisely set forth and exemplified. Others may have read Kierkegaard intensively without having ever really noticed his comic side. Here they will find what they have been missing.

Thomas C. Oden is Henry Anson Buttz Professor of Theology at Drew University. He is the author of many books, including The Rebirth of Orthodoxy, and General Editor of the Ancient Christian Commentary on Scripture.

"Kierkegaard is known for many things. . . . He is not, however, generally known for his humor, a situation this book—really two in one—will ameliorate. . . . Oden knows his subject well, and his remarks effectively elucidate key points; his selections provide examples of Kierkegaard's humor while giving a solid overview of his philosophical thinking in general."—Library Journal

"I would say that Kierkegaard is the greatest theorist of irony . . . and that Oden himself is a magnificent guide to his thought on this problematical subject and on Kierkegaard's thought on humor in general. . . . When one reads Kierkegaard—and often more intelligibly for the general reader, someone like Oden—one sees why books written in a contemporary modern vein of irony are so profoundly boring."—Katherine A. Powers, The Boston Globe

"Not only does this book make Kierkegaard accessible but it also entertains, regales with story, and amuses. It will be useful for the lectern, pulpit, and after-dinner dais. The selections, which made me laugh, illustrate sardonically the contradictions of existence."—David J. Gouwens, Brite Divinity School, Texas Christian University