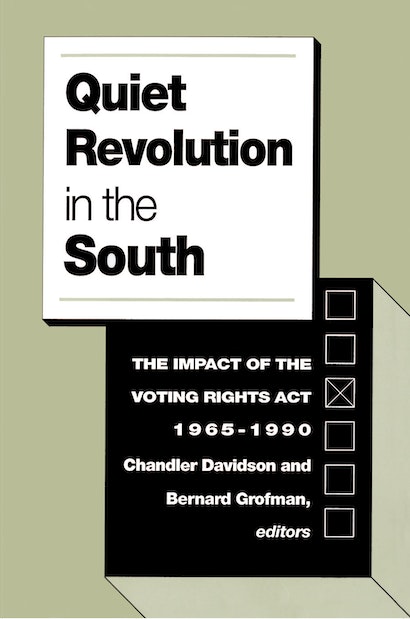 This work is the first systematic attempt to measure the impact of the Voting Rights Act of 1965, commonly regarded as the most effective civil rights legislation of the century. Marshaling a wealth of detailed evidence, the contributors to this volume show how blacks and Mexican Americans in the South, along with the Justice Department, have used the act and the U.S. Constitution to overcome the resistance of white officials to minority mobilization.


The book tells the story of the black struggle for equal political participation in eight core southern states from the end of the Civil War to the 1980s — with special emphasis on the period since 1965. The contributors use a variety of quantitative methods to show how the act dramatically increased black registration and black and Mexican-American office holding. They also explain modern voting rights law as it pertains to minority citizens, discussing important legal cases and giving numerous examples of how the law is applied. Destined to become a standard source of information on the history of the Voting Rights Act, Quiet Revolution in the South has implications for the controversies that are sure to continue over the direction in which the voting rights of American ethnic minorities have evolved since the 1960s.