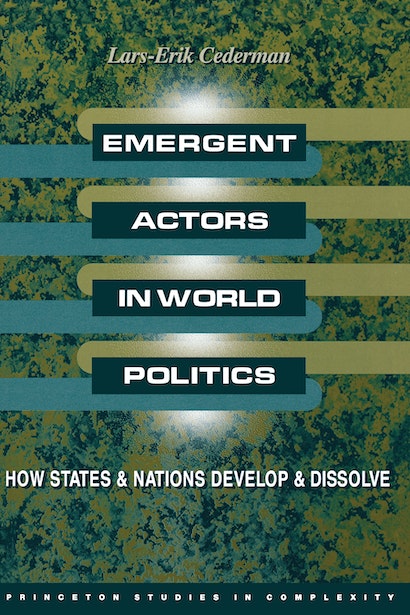 The disappearance and formation of states and nations after the end of the Cold War have proved puzzling to both theorists and policymakers. Lars-Erik Cederman argues that this lack of conceptual preparation stems from two tendencies in conventional theorizing. First, the dominant focus on cohesive nation-states as the only actors of world politics obscures crucial differences between the state and the nation. Second, traditional theory usually treats these units as fixed. Cederman offers a fresh way of analyzing world politics: complex adaptive systems modeling. He provides a new series of models — not ones that rely on rational-choice, but rather computerized thought-experiments — that separate the state from the nation and incorporate these as emergent rather than preconceived actors. This theory of the emergent actor shifts attention away from the exclusively behavioral focus of conventional international relations theory toward a truly dynamic perspective that treats the actors of world politics as dependent rather than independent variables.


Cederman illustrates that while structural realist predictions about unit-level invariance hold up under certain circumstances, they are heavily dependent on fierce power competition, which can result in unipolarity instead of the balance of power. He provides a thorough examination of the processes of nationalist mobilization and coordination in multi-ethnic states. Cederman states that such states’ efforts to instill loyalty in their ethnically diverse populations may backfire, and that, moreover, if the revolutionary movement is culturally split, its identity becomes more inclusive as the power gap in the imperial center’s favor increases.

"Cederman presents an exhaustively researched, precisely orchestrated study using complex adaptive system computer modelling in an attempt to simulate emergent political actors and nationalism. It is an outstanding work, and Lars-Erik Cederman has earned a place on the bookshelf of every serious IR student."—International Relation

"This is an impressive and very original work, which takes up some of the most important and timely issues in the study of international relations and the emergence of nations and states. It opens up a very promising avenue for theoretical development by proposing a fresh solution to some of the basic epistemological problems of traditional positivistic studies of international relations."—Jack L. Snyder, Institute of War and Peace Studies, Columbia University